“It took a collective effort among state and local officials, providers throughout California and other important stakeholders for California to achieve these life-saving results in a short period of time,” said Paul Markovich, president and CEO, Blue Shield of California. “We are proud to have been a part of this vital public service, which is directly linked to our mission as a nonprofit health plan. We’re also proud to have done this work at cost, with no profit from the state. Our reward has been to help save lives.” 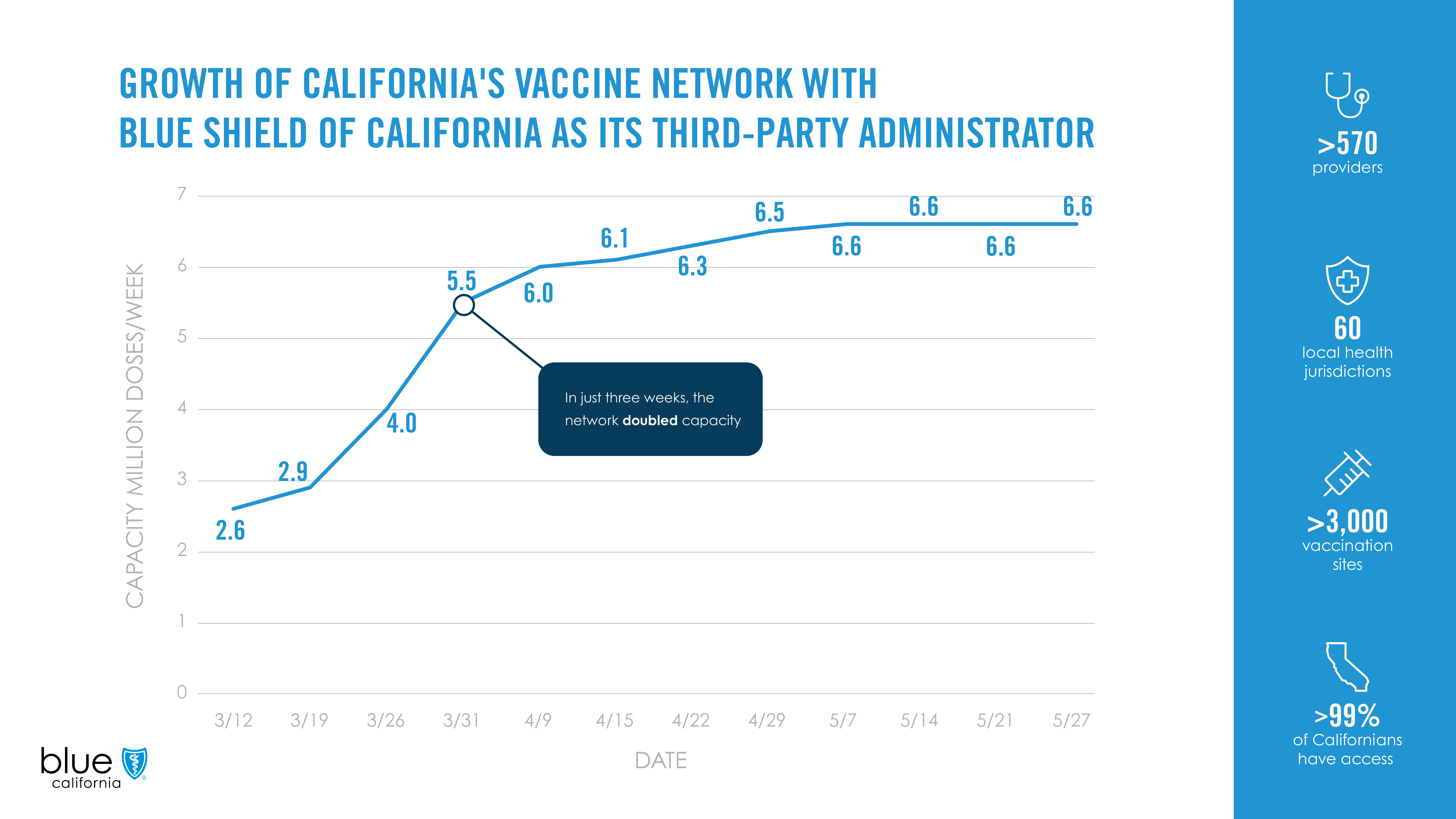 When the TPA began planning for the network in January, California had delivered about 3 million vaccine doses via a network with a capacity of about 1.6 million doses per week.

California has administered more than 44 million doses to over 25 million people. Nearly 75% of eligible Californians 12 and older are at least partially vaccinated and the vaccine is widely available to all who want it.

Blue Shield agreed to do this immense task at no cost and will only seek reimbursement from the state for third-party costs incurred in support of this initiative within a $15 million budget set by the state. 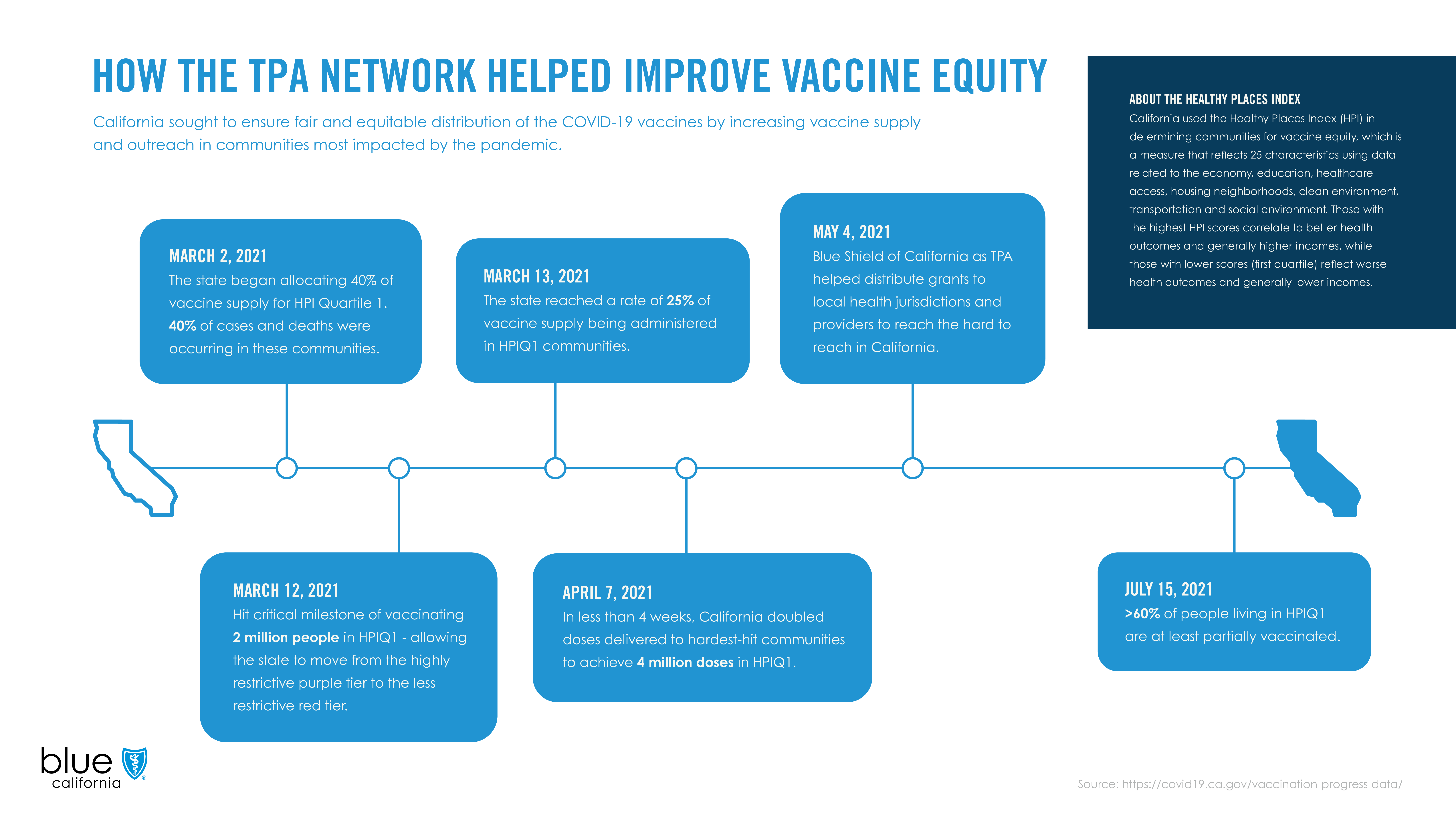