In the News: Paul Markovich on How Data, a New Health Care Model, and Fresh Partnerships Are Changing Blue Shield

The president and chief executive talks to the San Francisco Business Times about what the health plan is doing and where its going in an uncertain industry
News Center News In the News
May 20, 2019 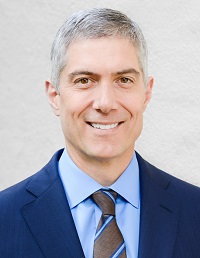 Paul Markovich, president and chief executive of Blue Shield of California, spoke recently with Hannah Norman of the San Francisco Business Times. Markovich talked about the plan's Health Care Model of the Future, the plans financial performance, its efforts to bring innovation and new technology to doctors and other providers and how his frustration with the industry led to his mid-career departure (he rejoined in 2002):

I felt we weren’t ambitious enough as an organization in trying to change the healthcare system. I thought I might be better off doing it as an entrepreneur, and what I found was that while the company we had formed could move quickly, unless and until you had substantial market share in a given locale, there was no way to get the attention of the physicians, the hospitals and the community to contemplate the changes. What I found was that you needed a combination of those things. You needed to be agile, creative and innovative, but you also needed money and market share in order to get the attention of the players in the system. It’s one of the reasons why we’re so active with these early stage companies.

In the News: Why Blue Shield Is Investing in Digital Health Startups