In the News: Why Blue Shield Is Investing in Digital Health Startups

Paul Markovich, president and CEO of Blue Shield of California, explained the plan's innovation strategy including its investments in OODA Health and Gemini.

Paul Markovich has spent over two decades at Blue Shield, the past six years as CEO. But for two years — right about when the dot-com bubble burst — he left to try his hand at a startup of his own. 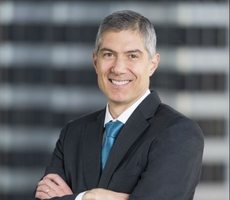 “I felt we weren't ambitious enough as an organization in trying to change the healthcare system,” said Markovich, who co-founded the now defunct, consumer-driven health care plan MyWayHealth. “What I found as an entrepreneur was that while the company we had formed could move quickly, until you had substantial market share in a given locale, there was no way to get the attention of the physicians, hospitals and community to contemplate the changes I thought they needed.”

Markovich returned, and his experience is behind Blue Shield's interest in collaborations — as well as investments — with a variety of smaller health companies in hopes of reducing costs and better serving its patients.

In September, the nonprofit health plan provider made a $1.5 million equity investment in San Francisco-based OODA Health, a cloud-based platform that uses data sharing to enable payment transactions and claims adjudication in real-time. Blue Shield also rolled out plans to use the new technology as part of a pilot program with Dignity Health and Hill Physicians in Oakland.