“There is an urgent need to change the healthcare system, which is too expensive and creates a significant burden on American families,” Paul Markovich, chief executive of Blue Shield of California, said. “It is also contributing to serious physician burnout and fatigue. We need to help physicians change how they practice medicine and engage patients. Instead of spending time entering data into a computer, doctors should be able to use the latest technology and spend more time doing what they do best: Connecting with patients and providing personalized care.”

Markovich said there will be more updates about the focus of the new company in the weeks and months ahead. Meanwhile, the company announced a number of management changes to help align senior talent with the company’s transformative agenda: 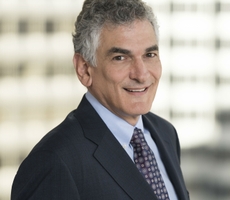 “Dr. Bailet and Ruth both have demonstrated expertise and success in transforming health care by building teams, getting results and continuously learning,” Markovich explained. “This initiative creates big opportunities, and we need to create a great team to make this happen.”

“I am very pleased with the high-quality group of women and men on the company’s senior leadership team,” Markovich said.

“I want to thank Peter Long for his service as the leader of our Foundation. Peter has a tremendous record of advocating for Californians who need it most, and he’s helped make large strides in reducing domestic violence. His personal connections and contributions to strengthening our communities make him a natural fit for his new role with Blue Shield,” he continued.

“I also want to thank Elizabeth Mitchell for helping us rethink and imagine the future of health and wellbeing. I look forward to partnering with her in her next endeavor, as the work she’ll be doing directly supports our health care model of the future.”