On Your Mark—Go! Booster Shots Now Available to All Adult Californians

The COVID-19 boosters are on their way for all adults in time for the holiday season
News Center News News Stories
November 17, 2021

Editor's note: On Nov. 19 the FDA expanded eligibility for boosters against COVID-19 to adults over 18.

Californians 18 and older now have a green light to get their COVID-19 booster shot.

The state’s Department of Public Health issued guidance on Nov. 16, urging most adults to get a booster, in advance of a likely similar authorization by the Federal Drug Administration (FDA), expected as soon as Thursday. The announcement came days after state health officials urged most adult Californians to get the booster.

The swiftly evolving climate toward allowing all adults to get a booster is in part due to the winter season being upon us. State public health officials worry that a coronavirus surge could reverse all the progress that has been made. The virus is surging in other parts of the country, especially in rural areas, which have on average have lower vaccination rates.

“I continue to encourage family, friends, colleagues, and all Californians to get their primary COVID-19 vaccines, and booster when they are approved for all,” said Dr. Susan Fleischman, chief medical officer of Blue Shield of California. “We are lucky to be in a state that has already opened the eligibility for these extra doses – it’s intended to prevent another holiday/winter surge.”

California’s authorization comes after Pfizer Inc. and BioNTech, partners in developing a COVID-19 vaccine, asked the FDA on Nov. 9 to authorize their coronavirus booster shot for people 18 and up. As a reminder, they are already approved for those over 65, and those at high risk due to either health status or high risk of exposure. Also, people 18 or older who have received the Johnson & Johnson/Janssen vaccine are also advised by the Centers for Disease Control and Prevention (CDC) to get any booster at least two months after their primary vaccine dose.

California officials essentially interpreted “high risk of exposure” to apply to everyone.

Meanwhile, the FDA could approve boosters for adults by as early as Thursday, and the CDC’s Advisory Committee on Immunization Practices (ACIP) by Friday. That would result in nearly 181 million fully vaccinated adults being eligible for the booster shot.

That allows people en masse to get boosters before the holiday season of travel and family gatherings kicks into high gear.

Nationwide, as of Nov. 16, about 16% of those who are fully vaccinated have received booster doses, or 31 million people. California was slightly above that average at 17%, with about 4.2 million residents having received a shot.

Moderna Inc., which makes the other COVID-19 vaccine with a similar biotechnology used by Pfizer-BioNTech one, is expected to soon submit its own request to the FDA to widen eligibility for its booster. 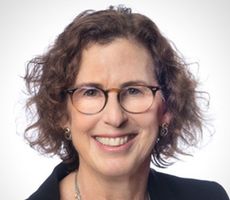 The request by Pfizer and BioNTech, a German company, is based on a trial of more than 10,000 participants in the United States, Brazil and South Africa, during a period when the Delta variant was the prevalent strain. The Pfizer booster, the same dosage as the others in its initial two-dose series, showed a relative vaccine efficiency of 95% when compared with those who did not receive a booster. Pfizer and BioNTech are requesting authorization for everyone six months or later after their last shot.

Whether boosters are needed has been the subject of debate in the medical community. For one, some advisors to the federal agencies question argue that Americans are already well protected against severe illness. The data thus far is limited, and not “evidence-based,” a scientific standard that relies on the rigor of peer-reviewed clinical and epidemiologic research to reach approval decisions. There has also been criticism around the ethics of giving booster shots in America before large swaths of still-unvaccinated populations worldwide.

But proponents say, better safe than sorry, and that the effectiveness and safety record of the vaccines thus far speak for themselves. The Biden administration has argued that the booster shots for adults will accelerate the pandemic’s end-date, at least to a point where it only circulates at manageable levels. And winter is coming, when people will gather indoors more than they do in warmer months.

“The timing of this booster eligibility widening is great for the holiday season,” Fleischman said. “Vaccinations are a key component in limiting the number of COVID cases, hospitalizations, and deaths.”

In The News: David Bond Talks About the Health Risks of Anxiety and Depression on KVIE Panel

COVID-19 Vaccines Are Coming for Kids — so, What Does It Mean?