For Veterans Day this year, Nov. 11, Blue Shield of California is honoring some of the veterans who believe service doesn’t end when they come to work. There are nearly 800 staffers who participate in Operation Vet, (OpVet), Blue Shield’s largest employee resource group. Here are three who represent the mission of OpVet:

Making the transition from the Air Force to civilian life was tough for Mike Bunt. Medically retired in 2014 after 12 years of service, Mike went through three jobs his first year out. He finally got some counseling to get on the right career path, which led him to his current role as a senior manager for Blue Shield’s HR Connect in El Dorado near Sacramento. 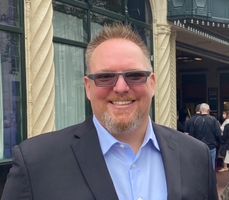 “I don’t want to see another vet struggle the way I did my first year,” said Mike, who joined Blue Shield in May 2020.

According to Mike, a certified career coach, one the biggest obstacles that any veteran faces in the civilian job world is simply translating a military resume in to a corporate one. In Mike’s case, for example, there’s nothing in the description of his last Air Force job — a special events non-commissioned officer (his rank was E6 Technical Sergeant) — that tells a hiring manager that he held a fairly high-level marketing operations position. It’s vital, he said, to draw the parallels.

Mike, 39, is married with three children. He’s active in Vet Overwatch, a nonprofit that helps veterans transition into civilian life. As a hiring manager at Blue Shield, he seeks out former military personnel who, he notes, can bring important leadership skills and discipline to the company.

Not every job in the military is a life-or-death operation, he notes, but the jobs that are require a depth of focus and attention to details that work well in the civilian world.

“We’re very good at following standard operation procedures,” said Mike, “to make sure these is no failure in the mission.”

LaKiesha da Silva joined Blue Shield in July 2020, just as Covid-19 was reaching its first peak of cases in California. Based in Oakland, da Silva is a member of the Shield Emerging Leader Program, Cohort 5, rotating through various offices in the Human Resources Department. At the same time, LaKiesha is also a Logistics Specialist in the U.S. Navy Reserves attached to the Defense Logistics Agency in Northern California. 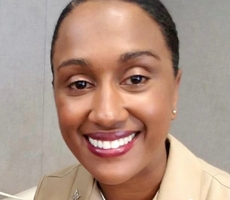 LaKiesha, enlisted in the Reserves nine years ago and has been deployed to Japan, and Hawaii.  “And yes,” she said, “I still do my one weekend a month and two weeks every year.”

LaKiesha has a master’s degree in Organizational Development from the University of San Francisco. She’s happily married and enjoys spending time with her husband and children

Blue Shield, LaKiesha said, “is a great company to work for because of their support of veterans” on its staff, from helping them make the adjustment from military careers to civilian work to accommodating needs, such as hers, to take time off for military duties. And the payoff, she said, comes in doing a better job. Like the Navy, Blue Shield sees that its employees have a good work-life balance.

“The combination of Blue Shield, HR and the Navy is great,” she said. “We all come together in support of each other to provide great service to our members, employees, and fellow citizens”

After three combat missions — one in Iraq and two in Afghanistan — Rick Crevier is now working the best job he’s ever had, “representing the under-represented” small businesses that supply goods and services to Blue Shield.

The title: Supplier Diversity Program Manager for Global Business Services in El Dorado Hills. The job: searching out and helping small businesses owned by women, fellow veterans, LGBTQ and minority entrepreneurs to get in the door with the insurer. The goal: to increase the small-business share of Blue Shield’s procurement budget to 12% from its current 9.3% 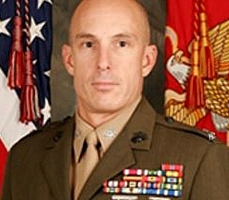 With 32 years in the Marines along with master’s degrees from the Army War College and UC San Francisco, Rick remembers well the stark transition he had from military to civilian life, from Afghanistan to back home in the States. In 2010, he recalls, “it was just 18 days between getting shot at and sitting in a corporate conference room.”

Rick, a colonel still in the reserves, joined Blue Shield in 2017 to work on the development of a corporate command center. That evolved into the company’s network operations center.

And three years ago, he had a personal crisis when his years of front-line combat finally caught up with him. “I couldn’t get out of bed for three weeks,” he said. “I had no desire to do anything.” It was post traumatic stress that finally hit him. As with many who have experienced combat, Rick had a tendency to bottle up his emotions, not to discuss his experiences, to, as he said, “harbor everything in.” Not good. “It just caught up with me,” he said.

His Blue Shield supervisor, he said, was attuned to his mental stress and gave him time to recover. He worked from home, from his bed.

Rick, 53, and the father of four teenagers, said that his military background has served him well at Blue Shield—especially his training in ethics, organization and his ability to translate the company’s vision into concrete actions.

“I’m focused on what the prize is,” he said. “Everything I did in the military was defending, protecting, and that’s what I’m doing here. There's a certain amount of romance in protecting small businesses.”