Relying on his experience as veteran who has seen his share of combat, Cruz was deployed in March 24 for 25 days with the California State Guard. The mission: to quickly build and outfit a hospital for COVID-19 patients in Burlingame.
News Center News News Stories
Jon Friedman
May 18, 2020

When John Cruz is called to serve, he doesn’t hesitate. 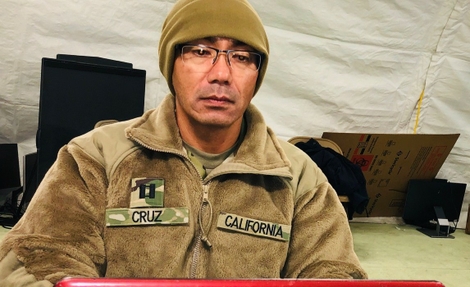 Relying on his experience as veteran who has seen his share of combat, Cruz was deployed in March 24 for 25 days with the California State Guard. The mission: to quickly build and outfit a hospital for COVID-19 patients in Burlingame.

The medical response team is prepared to mobilize within 48 hours. In this case, it took less than 24. The team got emergency medical supplies from the national stockpile and quickly headed to the site of what would be the front lines in the battle against the pandemic. Soon, patients began to arrive.

“Fear and anxiety were minimal,” Cruz said. “Having been trained for similar situations and having been accustomed to wearing more or less the same PPE in the UC San Diego Burn and Trauma Unit and with the military, I felt very protected. Referring back to Sun Tzu’s Art of War, ‘the more we sweat in peace, the less we bleed in war.’”

The patients arrived. Cruz described them as “medically stable, ambulatory, COVID-19 positive. We isolated them and cared for their needs. We did serial testing until they were negative twice.”

“It was incredibly rewarding to escort the very first patient being discharged from the facility,” Cruz said. “Everyone including medical and nursing staff, administrative, operational, and logistics personnel, to safety and security teams all lined the roadway." Cruz led the procession and had an up-close look.

“Everyone clapped and cheered, and our ambulances lights shined as their sirens blared wishing him well as he departed. He waved and nodded, saluted us still with his mask on while his mother tried hard to drive slowly and carefully as she wiped away her tear-filled eyes.”

A life of in the middle of hot zones

Cruz has found himself dealing frequently with real life and death situations. His work in the U.S. military took him all over the United States, Central America, and in war zones in Iraq.

His work under the most arduous circumstances in burn units has motivated him to remain calm and composed, even when the heat has been turned way up. His previous training prepared him well for coping with the stress of the global epidemic.

As someone who has spent most of his adult professional life working at UC San Diego and in the armed-forces, Cruz is a newcomer to the corporate world. Based in Blue Shield's Rancho Cordova office, he has embraced his new surroundings with relish.

Asked about his primary goal with Blue Shield, Cruz said: “I'm relatively new for the organization now as a full-time employee and my goal essentially is to bring my many years of experience with UCSD and the military.”

He cited “clinical skills” among the experience he can impart on his current work at Blue Shield now.

Asked how he might define success in his new world, he said, “On a good day, I would define ‘success’ by saying that I made a positive difference in a person's life, (even) as little as it may be.”

By coincidence, Cruz was interviewed during the national recognition of Nurses Week now. “Nurses Week has made me reflect on why I became a nurse,” Cruz said. “My father was a nurse, and I always said that as a nurse, you're able to affect a person in so many ways, not only from a medical point of view, but from a psychological and a spiritual, way. There are so many ways to assist someone. It is very much in body, mind spirit, soul -- all of that. If there is a need and you've been blessed.” 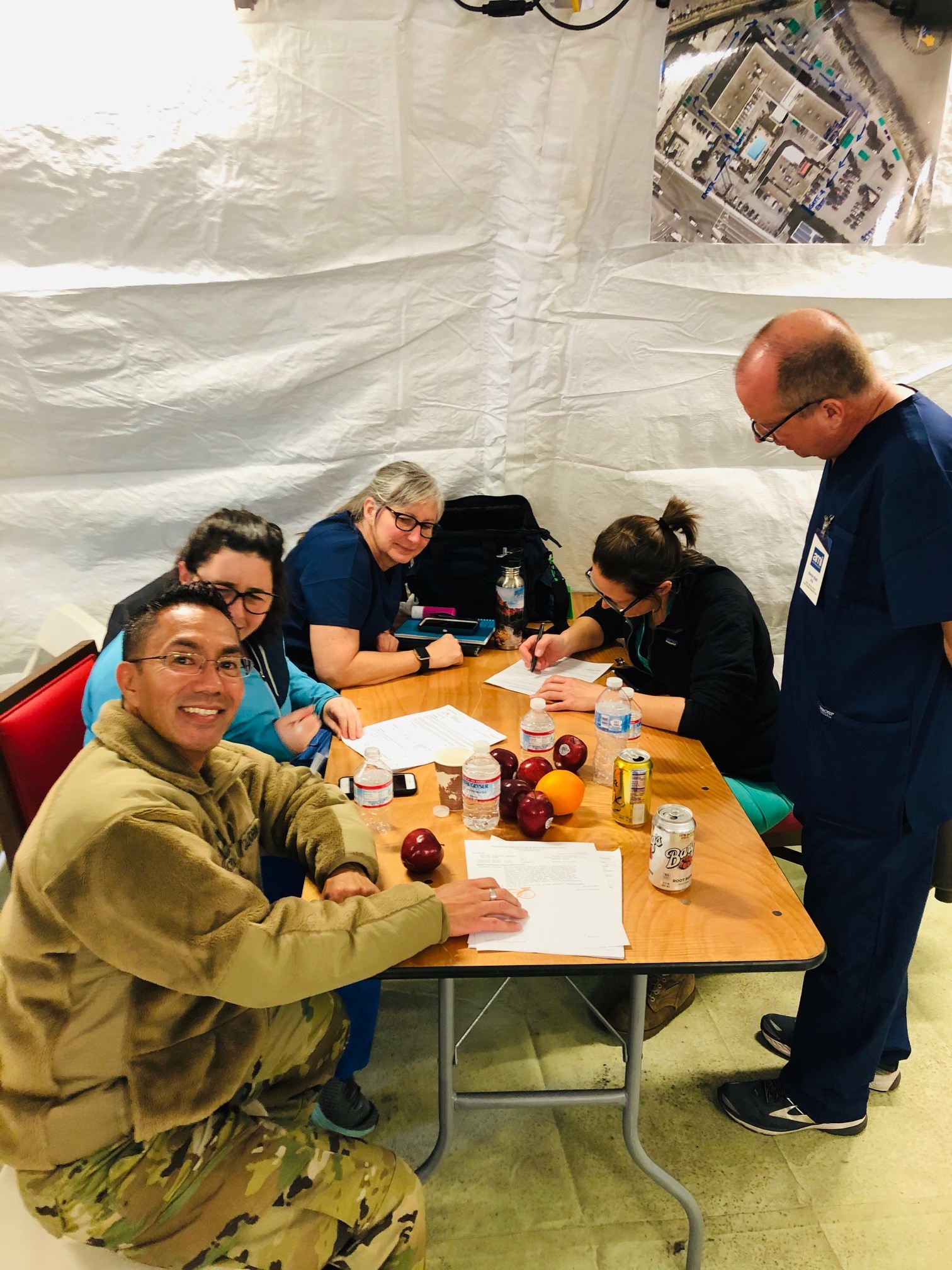 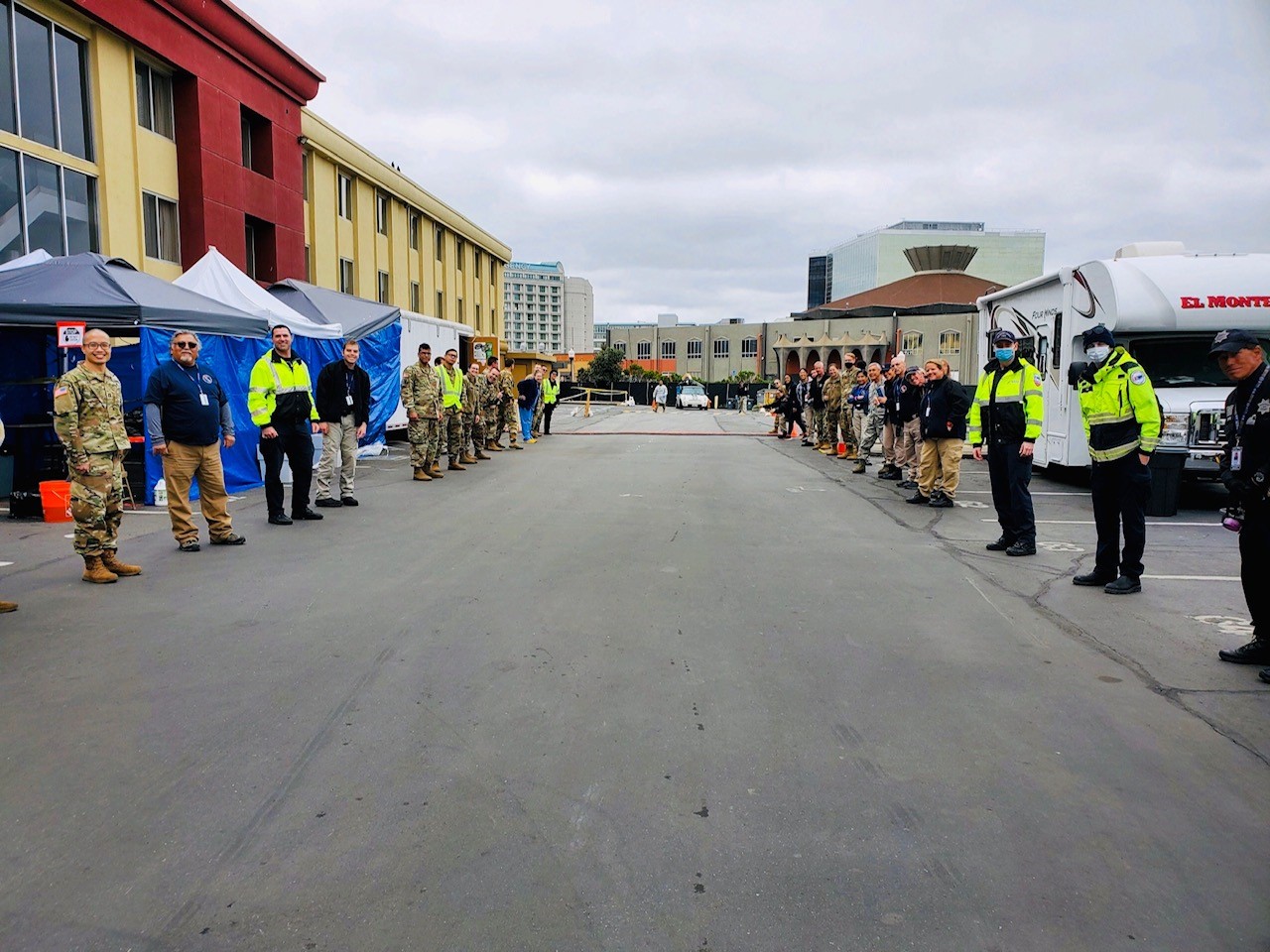 Workers at the temporary hospital line the streets to salute the first patient discharged from the hospital. 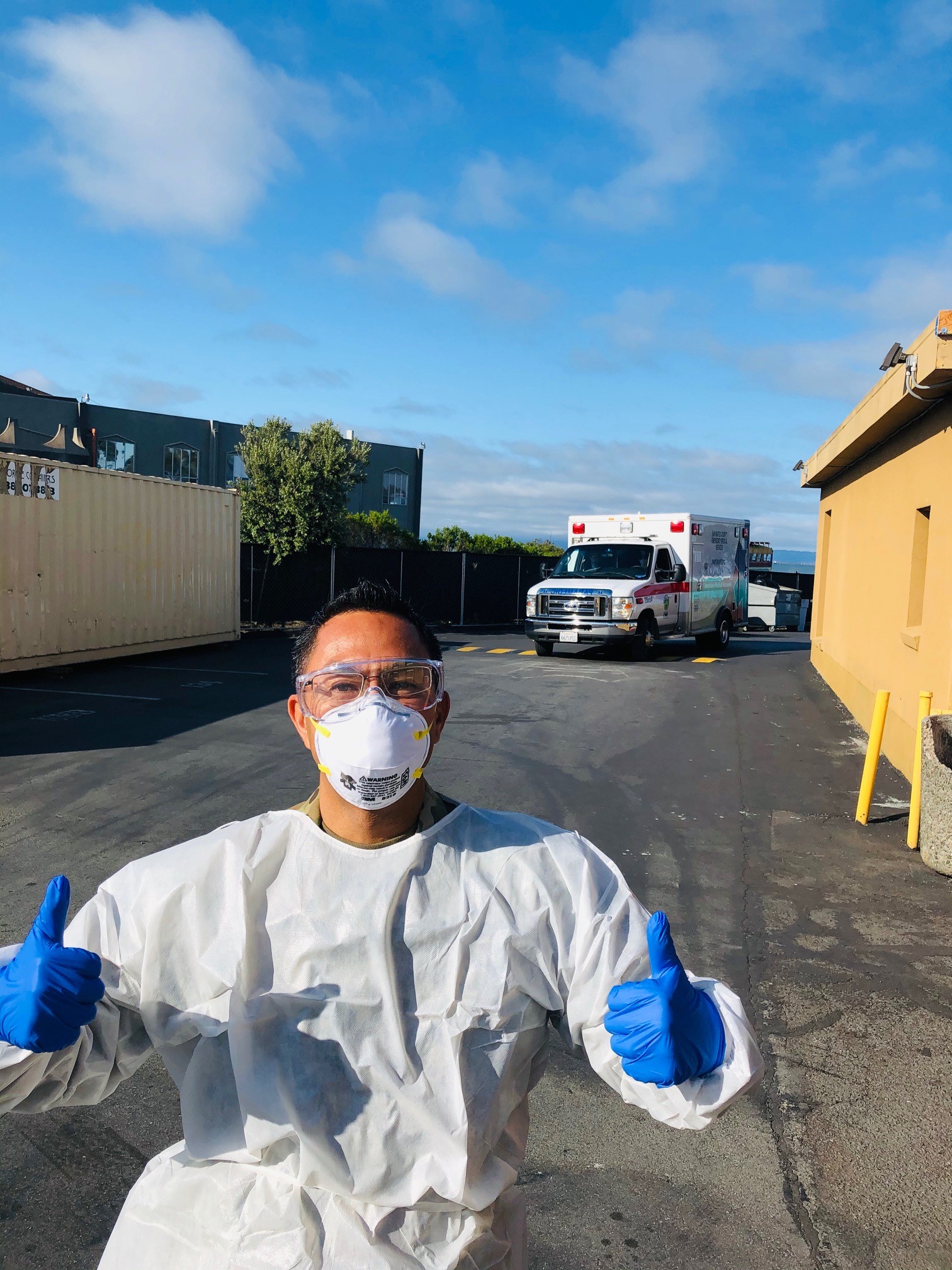 Cruz in PPE gear as the first patient from the hospital is to be discharged. 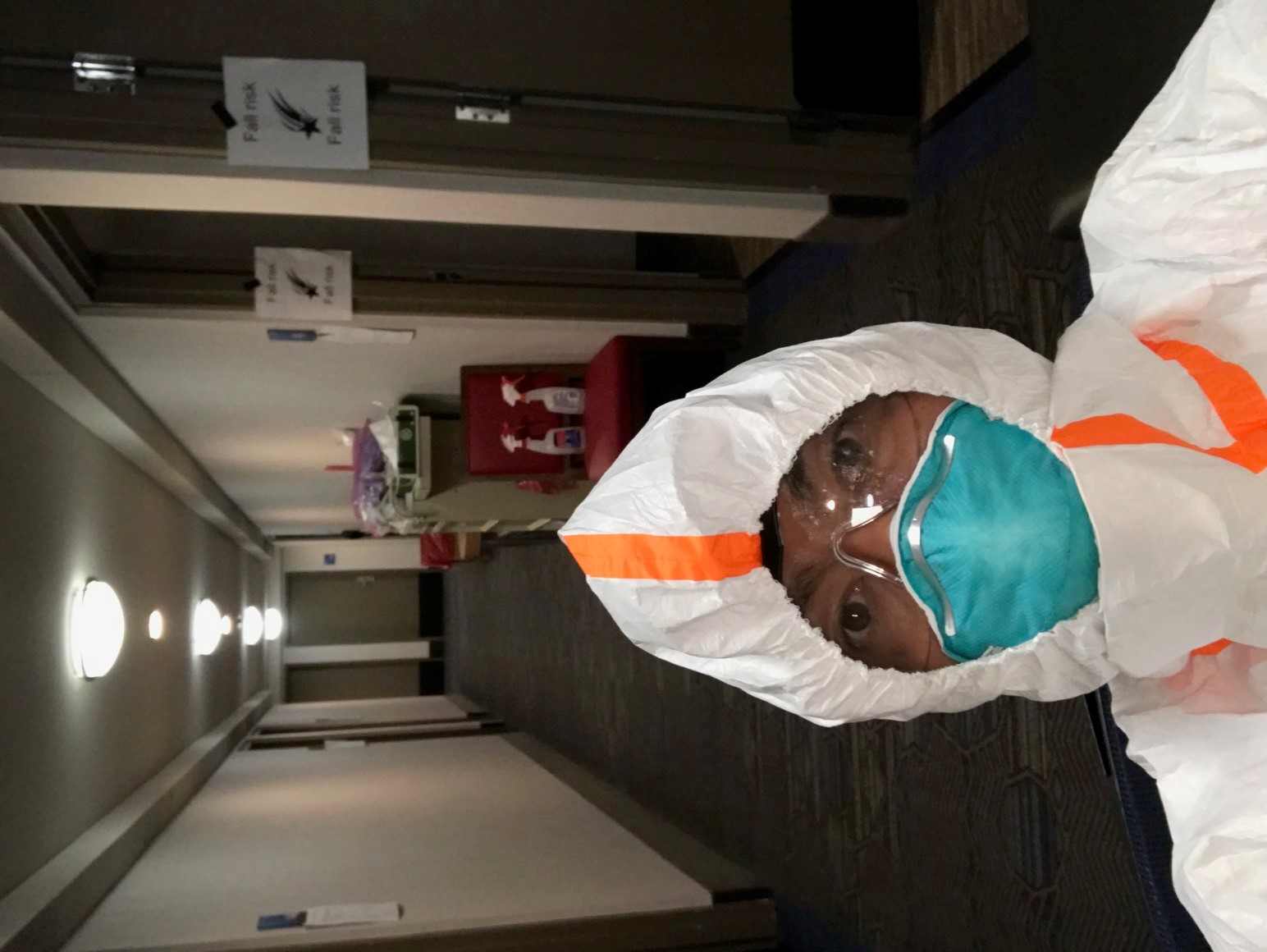 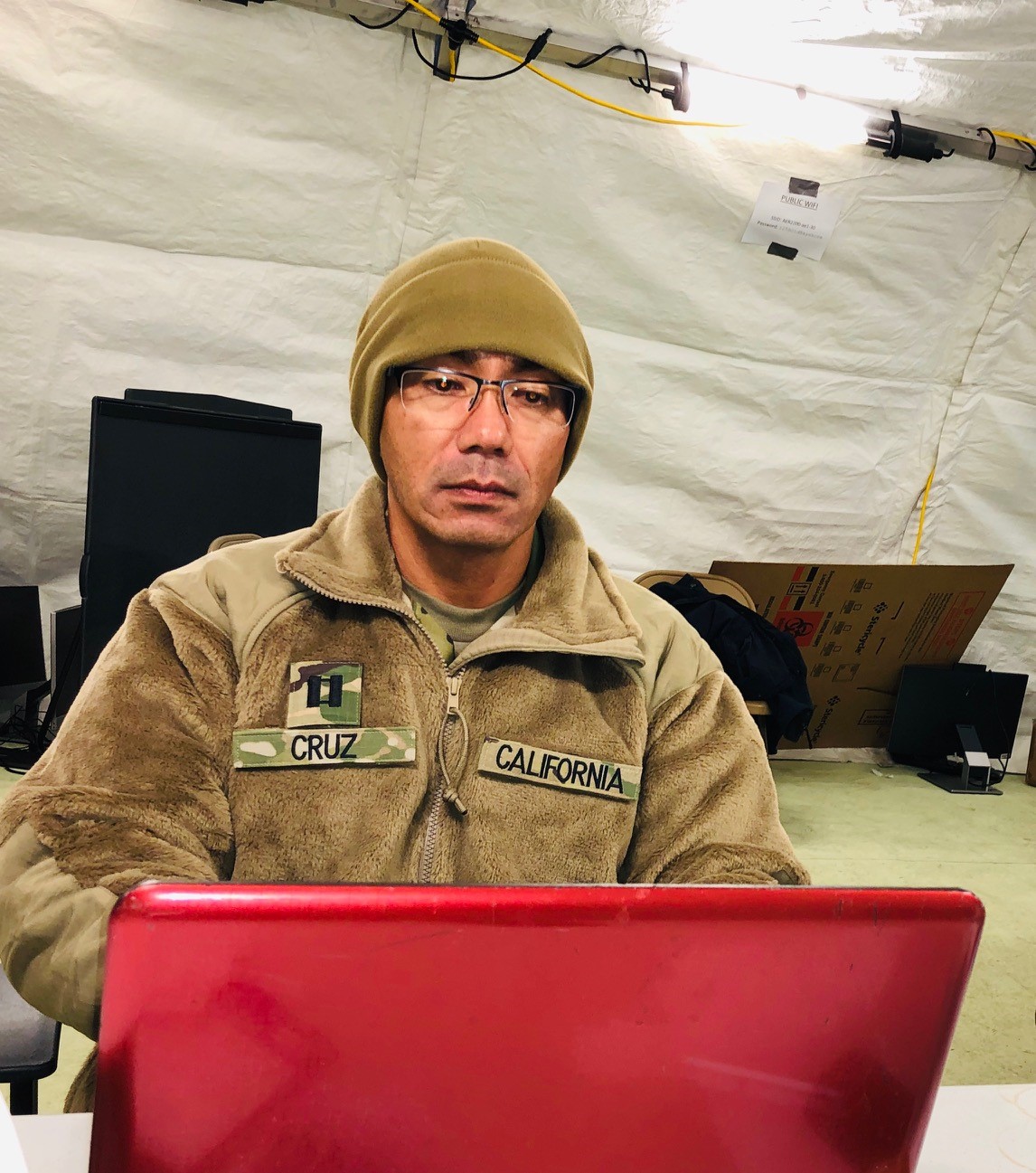 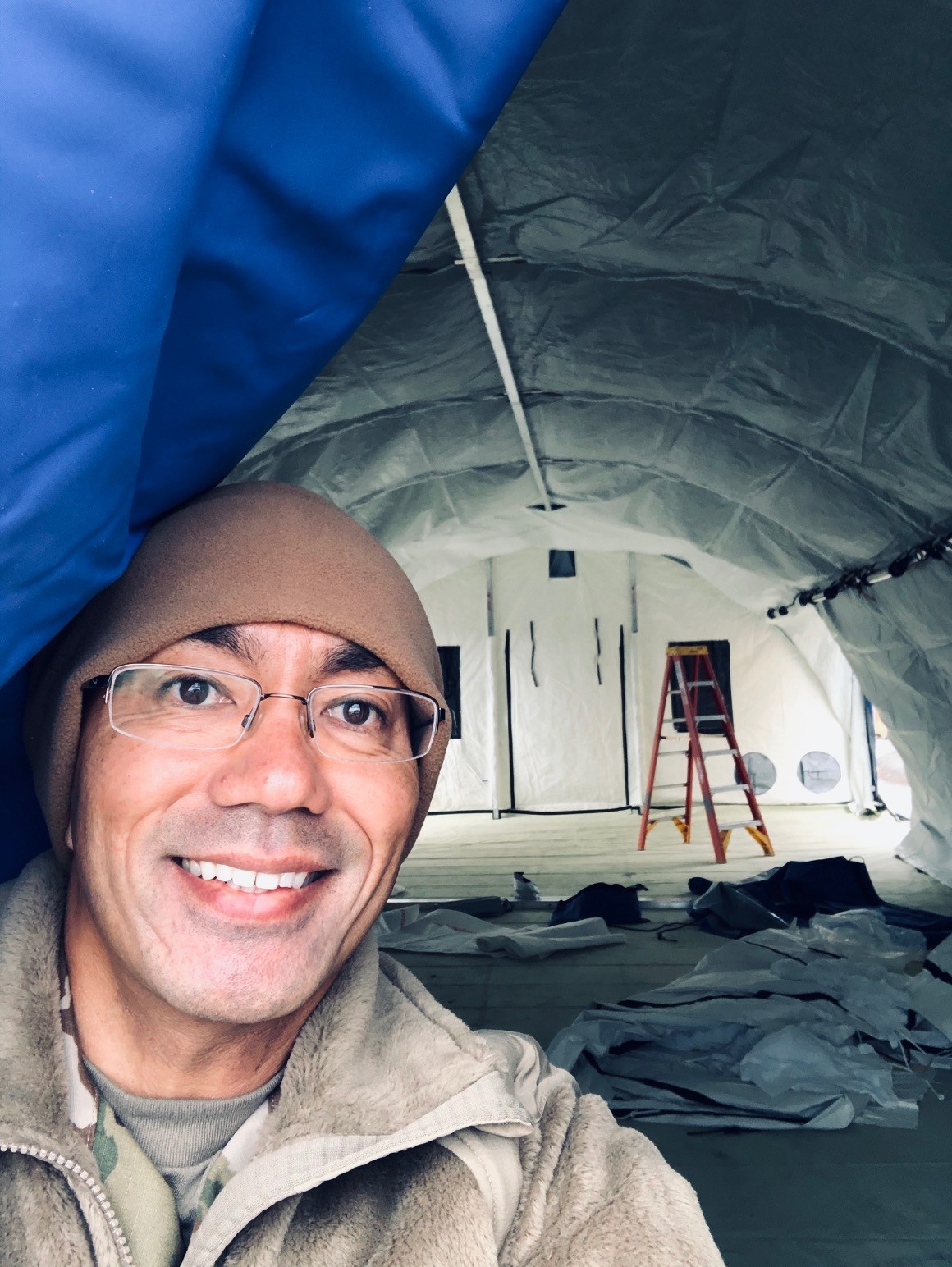 Cruz at the hospital. 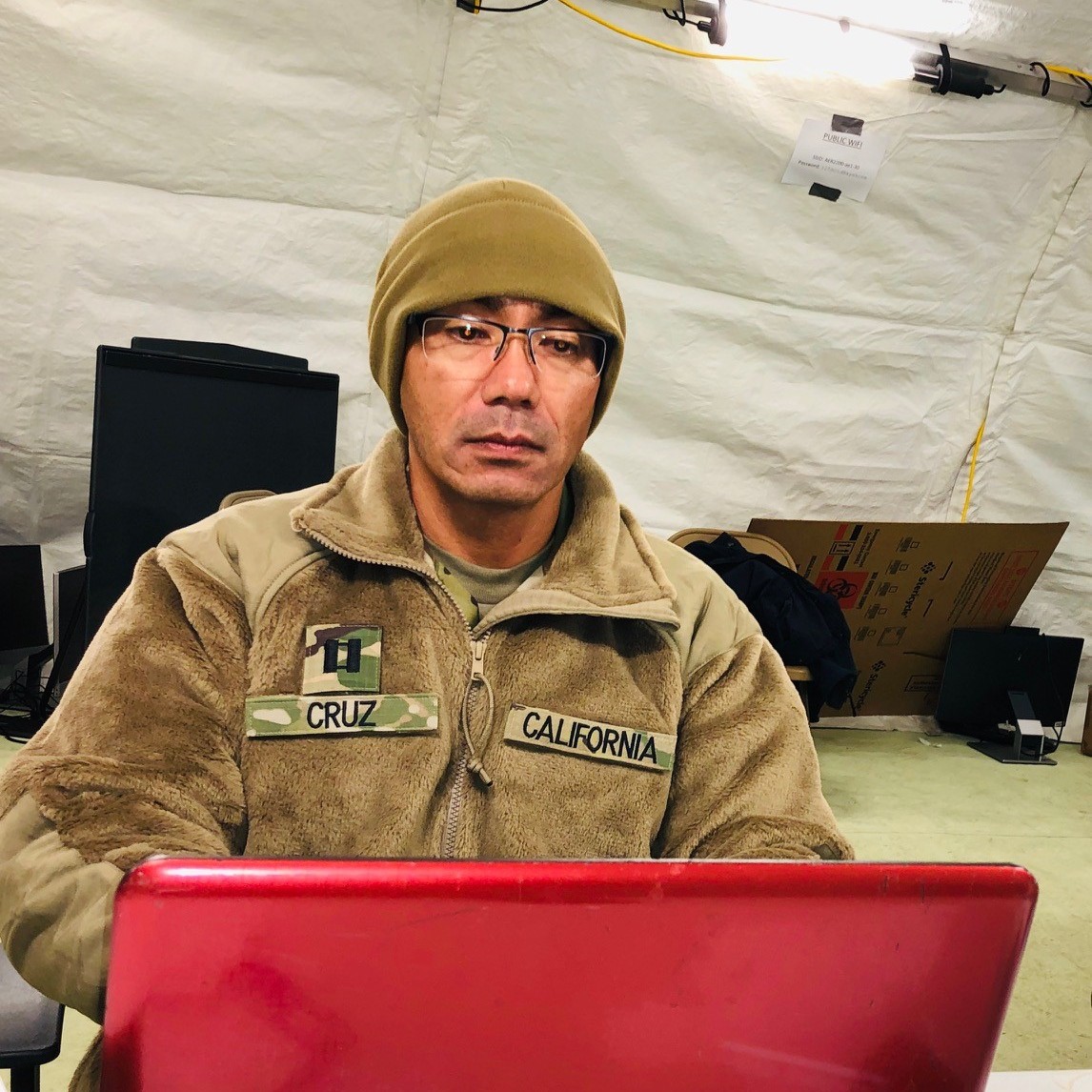 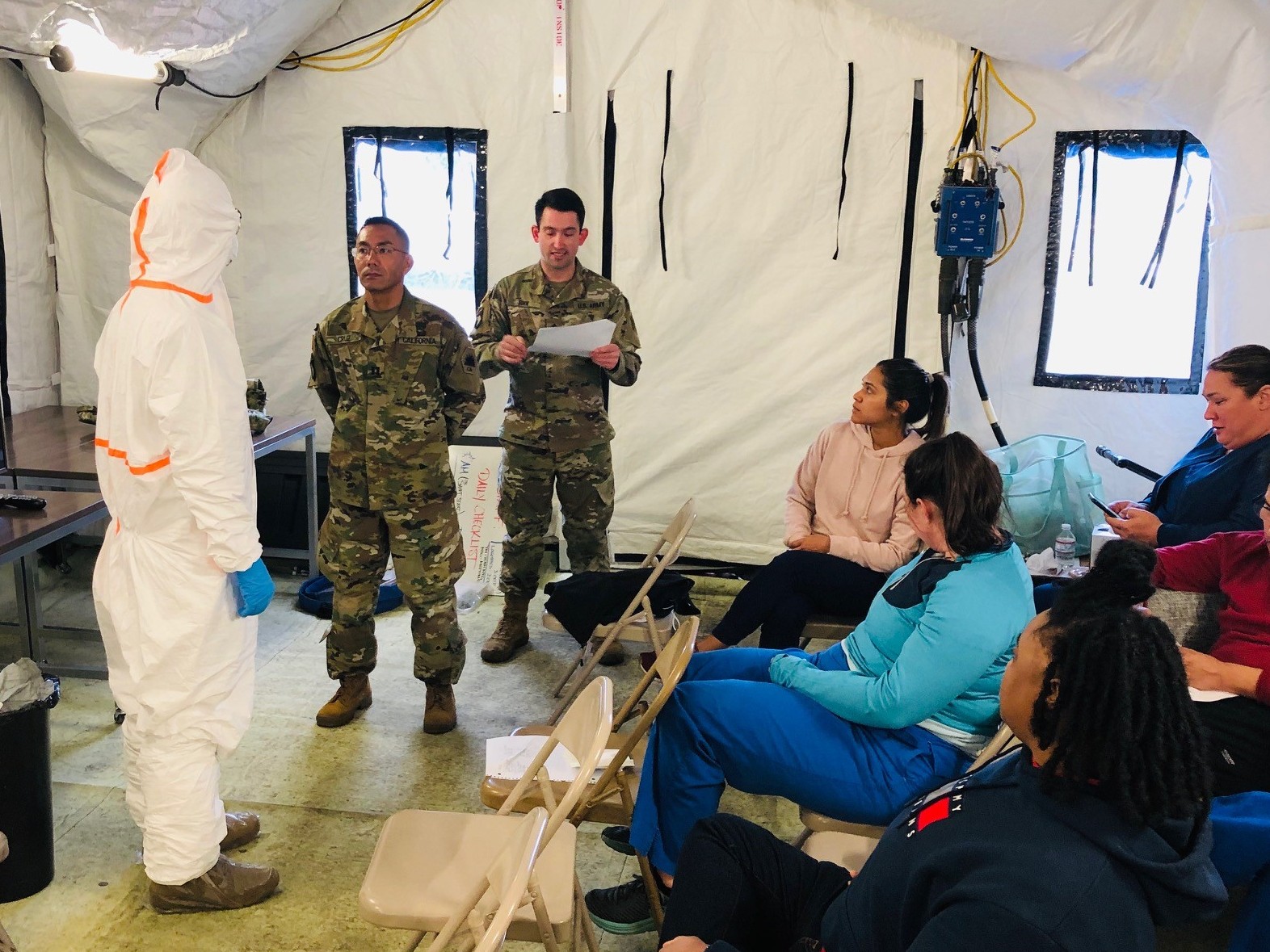 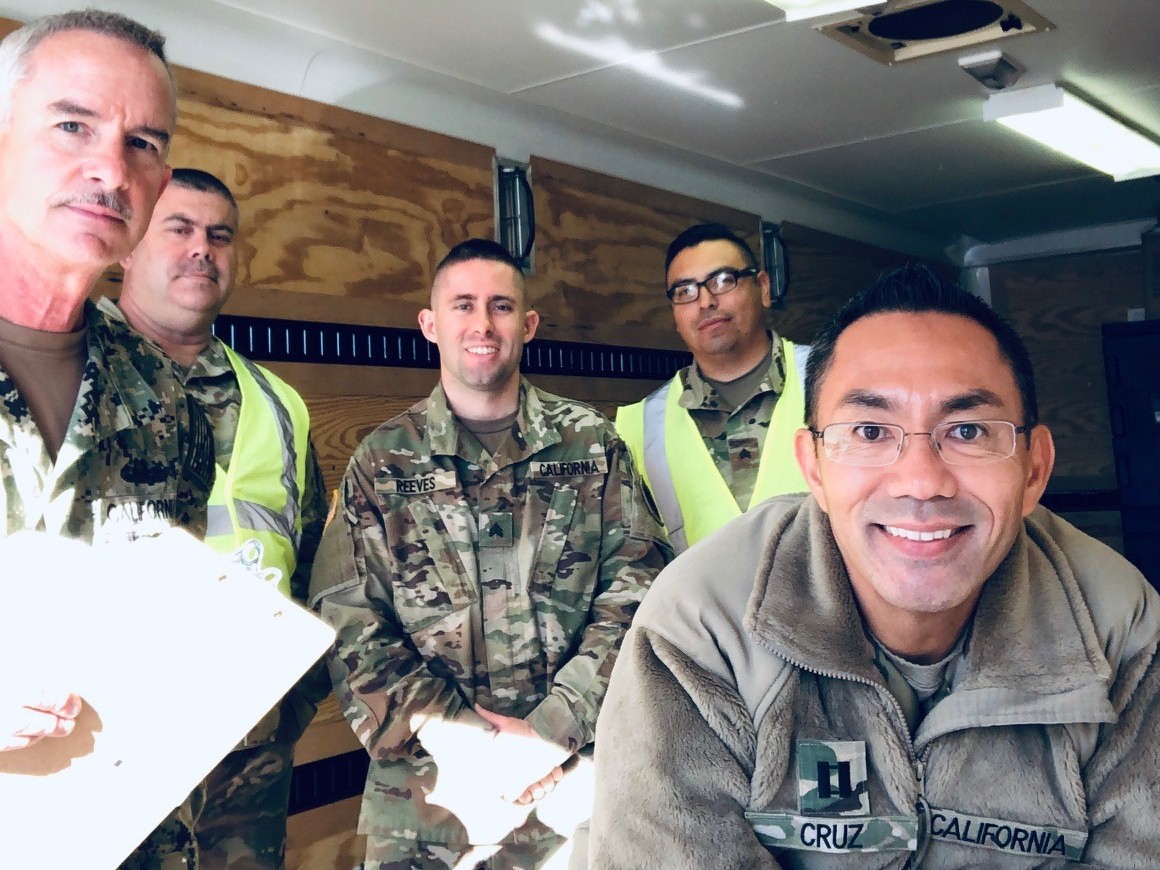 Cruz, right, and members of his team.

It all started with a hamster

Cruz describes the nursing profession as a “calling.” So, how did he get into this career in the first place? “I'm asked that quite a bit,” he said. “My father was a nurse, and a scoutmaster. My brothers and I were in the Boy Scouts.”

He was clearly moved by the respect neighbors showed to his father in his hometown. “Very early on,” Cruz said, “I found that if someone had a medical problem, they'd come to my father. I was very intrigued.”

Ultimately, one of the keys to Cruz’s success is his generosity of spirit.

Cruz, married and the father of four children, had spent his adult life helping others while employed by the UCSD and in the military environment. Clearly, he has navigated a long and winding road to get to the corporate ranks.

In fact, you might say that he embarked on a lifetime of nursing and public service in a highly unlikely way: by trying to save the life of his sister’s dying pet hamster. 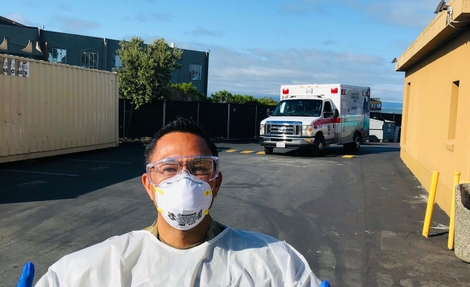 As Cruz told the story during a recent interview: When he was in elementary school in his parents’ home in El Cajon, Calif., about 20 miles away from San Diego, he was playing with his older brother when they suddenly heard their little sister sounding like she was in anguish.

“My younger sister was screaming and crying, and my older brother and I ran over to her and asked, “What's wrong?!”

As they rushed to her side, the brothers discovered that her pet hamster was in deep distress. One brother used a straw to perform CPR while the other tried to revive the furry creature by pressing down on the chest.

Alas, their efforts failed, and their sister’s pet succumbed. But that seemingly mundane episode had an immediate and, as it turns out, long- lasting effect that day on young John Cruz. In fact, it inspired him to pursue a lifetime of public service, both at the UCSD and in the U.S. armed forces.

“I am forever grateful and declare that this is not just a ‘Great Place to Work,’ but also to inspire, influence, and encourage, motivate, create, and innovate, believe, achieve, and receive,” Cruz told his colleagues in an internal memo. “That said, it may be too long for a slogan, so perhaps we could just simply start referring now to Blue Shield of California as the Best Place to Work.”