In the News: Gary Cohen Talks About His Career in Health Care with Stanford Lawyer

From crafting the ACA to Blue Shield of California and his own fight for health, Cohen says healthcare costs will 'soon be a battleground' again
July 13, 2021

Gary Cohen, Blue Shield of California's vice president of Government Affairs, spoke with Stanford Lawyer about his career — from his law school days, to his early years practicing law, to the Obama administration to Blue Shield. 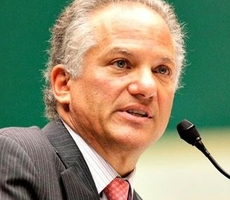 These days, Cohen’s preoccupation with affordability of care is affirmed monthly when he reviews his own medical bills. In 2020, he was diagnosed with multiple myeloma, a cancer of plasma cells, and was treated with a stem cell transplant. He says he feels well and is back at work, but is on a medication that will cost $21,000 per month for the foreseeable future. “I have good health insurance, obviously, and I have a $9,000 out-of-pocket limit. I can afford that but it would represent a huge financial burden for most Americans. It’s just intolerable the increases in price that have happened since the drug was introduced. There’s nothing stopping drug companies from charging whatever they want. So, I believe very strongly that we need to make some real changes in our healthcare system.”

COVID-19 holds the spotlight today, but Cohen says health care costs will soon again be a battleground. Health plans are not blameless, he concedes, but says, “The reason why health care is so expensive in America is because of the hospital prices, the medical procedure prices, the drug prices.” Blue Shield also advocates for more comprehensive policies to address other contributors to poor health, such as violence and environmental pollution. However, Cohen adds, “as long as we are paying for volume in a fee-for-service environment, for procedure upon procedure, we’re never going to provide the care that people ought to have at a price that we can afford.” And that’s a goal he’s still determined to fight for.