Blue Shield of California has long advocated for universal coverage and the efforts are paying off
News Center News News Stories
By  David Crook
September 20, 2019

First, the bad news about California health care: 2,826,000 state residents don’t have adequate health insurance, according to new 2018 figures just released by the U.S. Census Bureau. That’s about 29,000 more uninsured people than in 2017.

Indeed, for the first time since 2010, when California launched its health insurance marketplace, Covered California, the state failed in 2018 to reduce its percentage of uninsured residents.

Then what’s the good news for Californians? While the state’s uninsured rate stalled at 7.2%, the same as in 2017, it’s way ahead of the nation as a whole. The percentage of uninsured residents across the country jumped in 2018 to 27.5 million people—8.5% of the country from 7.9% in 2017. Some states, such as Massachusetts and New York, have lower rates, but other states, such as Texas and Florida have much higher percentages of uninsured residents. 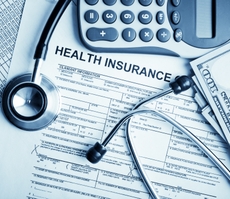 Gary Cohen, Blue Shield of California’s vice president for government affairs, says the jump in the national rates of the uninsured can be blamed on efforts by the Trump Administration and the formerly Republican-controlled Congress to undermine the provisions of the Affordable Care Act (aka Obamacare).

Likewise, he notes, California’s ability to at least hold the line can be attributed to the state government’s efforts—widely supported by all players in the healthcare industry—to undo the damage done at the federal level.

“California is so successful under the ACA,” says Cohen, “because everyone has been fully behind this thing. Everyone. Insurers, doctors, hospitals.”

As anyone who follows the national news knows, that has not been the case across the country, or in the halls of Congress, where, Cohen said, three major changes to Obamacare have undercut it and increased the national uninsured rate.

After several failed efforts to repeal the law entirely, the Republican Congress and the White House eliminated the mandate requiring individuals to purchase insurance or face a fine. Then they dramatically cut public education and outreach about the marketplaces and healthcare options. Finally, they allowed insurers to sell so-called short-term, “junk” policies that don’t even count as health insurance because they don’t meet the minimum coverage criteria of the ACA.

California, Cohen noted, has countered each of those moves with its own legislation and programs: a state insurance mandate, a $110 million state outreach program and the banning of junk policy sales. Under Gov. Gavin Newsom, the state has expanded Medi-Cal coverage to undocumented young adults -- children are already covered -- which will further reduce the uninsured rate. Separately, Xavier Bacerra, the state's attorney general, has led the opposition to states seeking to overturn the ACA in court.

Paul Markovich, president and chief executive of Blue Shield of California, lauded the state's efforts to make health care available to all of the state's residents.

“There is an urgent need to reform the health care system, which is too expensive and leaves millions of Americans without the care they need,” Markovich said. "We are pleased the Governor is taking bold steps to make health care more affordable and accessible to all California residents. These proposals are the right thing to do and align with our mission.”

Although federal legislative efforts to undermine or eliminate the ACA are, presumably, dead now that Democrats control the House of Representatives, the fate of Obamacare is still in doubt. Earlier this year the Trump Administration joined Texas and 17 other Republican-led states in a federal lawsuit seeking to throw out the law entirely. The case is currently before the Fifth Circuit Court of Appeals in New Orleans.