California is on the verge of delivering 1 million COVID-19 vaccine doses a week, with a strong emphasis on equitable distribution to disproportionately affected residents, the state’s Surgeon General Nadine Burke Harris said Wednesday.

Dr. Burke Harris’ remarks came during a meeting of the state’s Community Vaccine Advisory Committee, which also featured a presentation by Blue Shield of California President and CEO Paul Markovich. He discussed how Blue Shield, which has been selected to manage the statewide vaccination effort, will approach the task of distributing the state’s vaccine allotment as well as a system to “track all vaccines from order to injection.” 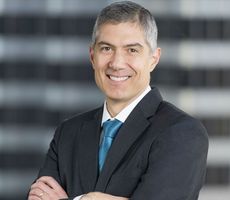 “We’re working to get as many doses to as many people as quickly as possible,” Dr. Burke Harris told the online meeting of the committee.

She said the state took 38 days to administer its first 2 million doses and eight days to reach another 1 million. She also said that the number of doses the state receives from the federal government is based on how many people have received a shot – the more people who are vaccinated, the more California gets.

Vital to increasing the state’s vaccination effort—and its pledge of equity in ensuring that doses are delivered to those who need it the most — is a new public private partnership between the state and Blue Shield, which was tapped by Gov. Gavin Newsom to aid the state with the distribution of vaccines.

“This past year,” Markovich said at the committee meeting, “has been the most challenging and stressful on our healthcare system that I have ever experienced in my lifetime. … If we can just get a majority of Californians vaccinated, we have a chance to get back to something resembling normal.”

Blue Shield has a letter of intent to serve as the vaccination effort’s third party administrator, to select and manage the network of providers including hospitals, community clinics, pharmacies, mass vaccination sites, mobile clinics and others that will inoculate the population.

Marta Green, who was tapped by the California Government Operations Agency to oversee the state’s third-party administrator, said that California will “determine and approve all vaccine distribution criteria.” Blue Shield will use those to set up and coordinate vaccine allocation, following the state’s guidance to prioritize safety, equity, and the fastest possible administration of the vaccine. Blue Shield, a nonprofit health plan headquartered in Oakland, Calif., will operate under a “cost-basis contract” which means it will not make a profit.

Much of the three-hour meeting was focused on making sure vaccine distribution was appropriately targeted to underserved communities – whether they be rural, impoverished or ethnic enclaves that have doubts about the vaccine.

These main approaches stood out: data-driven measures that would track the vaccine in those communities to ensure equity, working with community leaders to build trust, and reach the underserved.

Blue Shield will manage the flow of vaccination supply requests using new guidelines from state officials that determine the prioritization of which Californians will be eligible to be inoculated. With Blue Shield at the helm, state officials said the new system will bring equity to a COVID-19 vaccine distribution process.

“We’re going to do it well, fast, transparently, and equitably, but most importantly we’re going to do it with you,” Markovich told those at the meeting, “because the only way to be successful with an overall vaccination effort is for each of us to play or role and our part. It really will take a village.”

'I'm Taking the Vaccine' As a Father, Son, Husband and Doctor