New variants of COVID-19 are more infectious, so what should we do to protect ourselves?
News Center Insights and Opinions
February 02, 2021

The new variants of the coronavirus have raised concerns among health officials globally, mainly due to a belief that some of them are more contagious. This poses a threat to health systems already overwhelmed, and to the lives of current and future patients. While vaccinations are ramping up in the United States, offering us some hope and encouragement, the news that the variants could become a dominant strain in the months to come is worrisome.

But the facts we do know should allay some fears, as keeping current with developments in the pandemic is key to making good decisions and staying grounded. 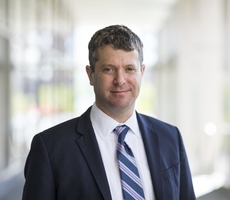 We recently spoke with Seth Glickman, M.D., chief health officer for Blue Shield of California, to get a better understanding of what we need to know and what we should be doing. While much is unknown about the new variants circulating, Glickman offered some clarity, and good advice on what members can do in light of the new strains.

How is this new strain different from the previous strain of the virus?

The new genetic variants are more infectious than the previous strains that we had initially seen. There have been a number of different mutations in the genetic sequence of the virus, which involves changes to the spike protein, which sits on the outside of the virus, and is the mechanism by which the virus attaches to host cells and infects people. All of these variants seem to spread more easily. One version that has emerged in the United Kingdom has an unusually large number of mutations, as noted by the Centers for Disease Control and Prevention. Others have emerged in places such as South Africa and Brazil.

Are the symptoms the same as the previous strain?

There's new evidence emerging every day, but we can’t yet definitively say we know whether the new variants are actually causing more severe illness or increased rates of death. So far, there’s no sign this is the case.

Is there an individual test for the new strain?

To detect new strains, scientists need to do genetic sequencing of the virus at specialized laboratories. They use a much more sophisticated method than standard coronavirus tests, where they map out the gene sequence, which identifies one variant from another. There are no common or commercially available tests that actually look for the new strains; all of them would still register as a positive result with the current methods being used.

Does it matter which strain I have?

Again, the current thinking is that the actual severity of the illness and its course is similar across strains. It's just that the different strains make someone more susceptible or more likely to get the infection if they're exposed to someone. But there’s no indication right now that it actually changes the course of illness or impacts how we would treat someone who is positive for COVID-19.

Will the approved vaccines protect against this new strain?

Right now, it appears that the vaccines would still be effective for all of the new strains that have been identified, but to varying degrees. Moderna  — one of the vaccine providers — has said there was a reduction in response to its doses from the South African variant, meaning the antibodies created after vaccination aren’t as good at fighting that strain. So, I think as more strains emerge, more studies on their nature will help us better understand the efficacy of the current vaccines being used. And the pharmaceutical companies can quickly respond. Moderna is already working on a booster vaccine to better fight against the South African variant.

Does this change or impact anything we’re already doing, such as mask wearing, hand washing, and social distancing?

No. Those precautionary measures all still really important things that we need to continue to do, especially since some of these new strains appear to be more infectious. We can’t let our guard down just yet. I would also add to the list: avoid mixing households indoors and avoid crowded areas. We should always be following these precautions. Just use a common-sense approach.

What else should we be asking about this new strain?

The public health and scientific communities need to continue to ask if the current vaccines continue to demonstrate efficacy against the new strains. For the rest of us,  members and patients—friends, family, and everyone really—we all need to ask: Am I doing everything I can to be following public health guidelines and keep myself and those around me safe?

How is this similar or different to the way influenza mutates from season to season?

The coronavirus is a novel virus, meaning we’ve never encountered it before. We don’t quite know how it compares with influenza, which we’ve been studying and tracking for decades. What we do know is that viruses mutate all the time. Influenza does so every season and within a season, which is why the vaccine needs to be updated every year and is more effective in some years than in others. With the coronavirus, some of the key mutations are in a different part of the virus, involving the spike protein on the outside of it. This is what the coronavirus uses to attach itself to the host cell.

Is it likely that other strains of COVID will continue to emerge in the coming months or years?

I think as long as the virus is widely circulating, we'll continue to see mutation, which involves changes in its genetics. Each time the virus replicates in a new host, there’s a chance for a mutation. That’s why it's really important to get to this point where the vaccine is widely administered. That will allow us to get to a point of herd immunity, where transmission really decreases dramatically. That’s the thing that is going to really slow down replication and transmission of the virus, which will slow the rate of mutation, and the rate of new variants of the disease we’ll need to confront.