In the News: Blue Shield of California Foundation Grants $3 million to the Black Freedom Fund 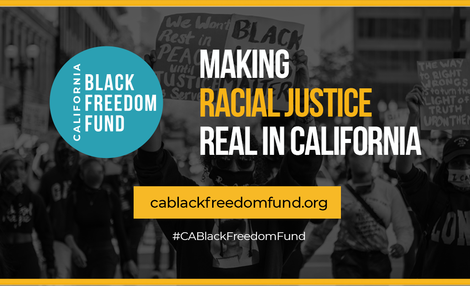 The Blue Shield of California Foundation is making a $3 million grant to the Black Freedom Fund, part of the fund's effort to invest in Black-led organizations and promote racial justice.

“We are excited to join forces with other funders to drive resources directly to Black-led organizations in California, to accelerate their critical work to tackle systemic racism," said Debbie I. Chang, MPH, president and CEO, Blue Shield of California Foundation. "The need is urgent. Black Californians experience domestic violence at a higher rate than other groups because the current system is failing them. This new fund will strengthen prevention efforts by addressing root causes such as socioeconomic opportunity and safety and by supporting healing through restorative justice.”

“Over the past year, we’ve seen Black communities across the country step up boldly as the conscience of our nation to challenge the status quo,” said Cathy Cha, President and CEO, Evelyn and Walter Haas, Jr. Fund. “The California Black Freedom Fund represents a great opportunity to build on that momentum and support Black-led organizations and a movement that can keep racial justice front and center and reimagine a better future for all of us.”

According to the fund:

The (Black Freedom) fund addresses a history of underinvestment in Black-led organizations and power-building by philanthropy; for example, an estimated 1 percent of community foundation support was specifically designated for Black communities in recent years, according to the National Committee for Responsive Philanthropy.

“To make racial justice and equity real in California, philanthropy needs to elevate its investments in Black organizers that are focused on advocacy, organizing and holding our institutions accountable -- something that we call power-building,” said Lateefah Simon, President, Akonadi Foundation. “The vision of the California Black Freedom Fund is to bring justice to our communities by making sure Black-led organizations are sufficiently supported and strong, and their leaders are galvanized."

Read the full release from the Black Freedom Fund here.