Two out of five young LGBTQ+ people in the U.S. have considered suicide at some point in the last year. Seven in 10 reported symptoms of generalized anxiety disorder in the past two weeks. 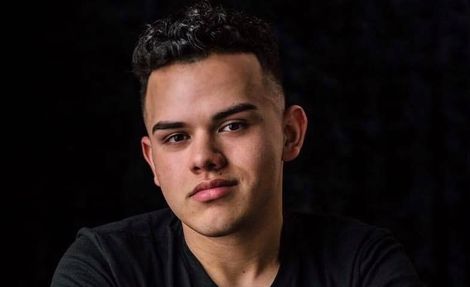 These sobering statistics are part of the 2nd annual survey from the Trevor Project – a non-profit organization that provides crisis intervention and suicide prevention services to LGBTQ+ people under the age of 25.

“It’s clear the results of the survey reinforce the need for appropriate resources and support for the LGBTQ+ community,” said Juan Acosta – a nationally recognized LGBTQ+ advocate and recent collaborator on Lady Gaga’s “Born This Way” initiative. He recently spoke at a NAMI California symposium on the youth mental health and resiliency – the cornerstones of Blue Shield of California’s BlueSky initiative.

“We know that at least 46 percent of LGBTQ+ youth are willing to receive and seek counseling services but don’t know where to go. That’s where the BlueSky program comes in,” he added.

Started in 2019, Blue Shield of California’s BlueSky program is designed to address and improve youth mental health and resiliency in school districts in Oakland and San Diego area middle schools and high schools.

“I see this Blue Shield initiative as a new and innovative approach to the problem,” Acosta said. “As BlueSky continues to grow, it will be very effective in helping young people – including LGBTQ+ students - deal with stressors and remain resilient throughout. LGBTQ+ youth are in need of support and are willing to receive it when presented with the opportunity.”

For Acosta, this issue is personal because he used struggle with his own sexual identity and worried about the future. Growing up in conservative Yolo County was difficult for him, and at age 13, he decided to start advocating for himself and other LGBTQ+ youth in his community. By the time he was 15, Acosta had racked up hundreds of community service hours, attended symposiums and conferences, and was becoming nationally recognized for his efforts.

Now in his early 20s, Acosta serves as Assistant Manager for the Statewide California Warm-Line with the Mental Health Association of San Francisco. He recently graduated from San Francisco State with a bachelor’s in psychology and served as the head of the Queer Alliance Club on campus.

He says the mental health system cannot operate as a one-size-fits-all system: “Not when 40 percent of LGBTQ+ youth report seriously consider suicide. The system has the ability to change and support those in need, it has the ability so save lives. I think the BlueSky project is operating along those same lines.”