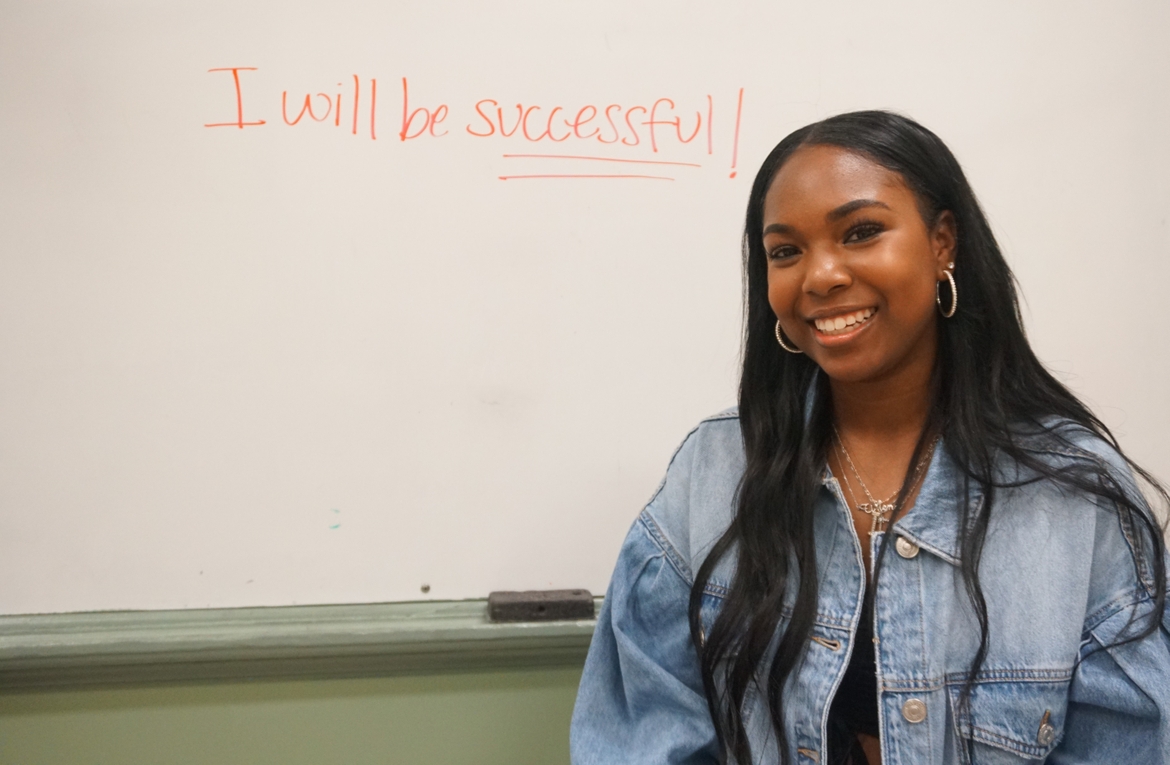 For Vanessa Ogbu, signing up to mentor an Oakland high school student through the trials and tribulations of entering college seemed as natural as smiling on a sunny day. The Blue Shield of California senior manager of quality improvement remembers growing up in a middle-class home in Santa Cruz with her parents always striving to teach her and her siblings about the virtues of giving back to the community.

“My parents are both immigrants and really understood the privilege of living in this country,” she says. “Because of that, they were always helping to distribute opportunity to others – whether that was a personal loan or letting someone down on their luck stay with us for a while.”

So, when Blue Shield asked employees in 2017 to consider becoming mentors as part of the nonprofit Oakland Promise program, Ogbu jumped at the chance. “I was excited about the opportunity to help shape a young person’s life for the better,” she says. 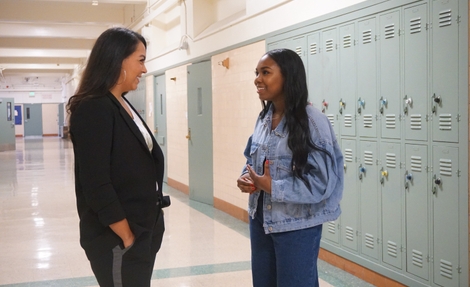 Established in 2016, the Oakland Promise works to ensure that every child in the city graduates high school with the expectations, resources, and skills to complete college and be successful in the career of his or her choice.

What Ogbu didn’t know was that two weeks after making her own Oakland Promise commitment, and connecting with her 17-year-old charge, Tillena, she would soon be shaping two lives, not just one.

“Right after joining, I learned that I was pregnant with my first child,” she recalls. But being selfless has no time to consider such complexities. “I figured I would just have to work a little harder, that’s all.”

Blue Shield has been a lead supporter of the Oakland Promise since 2017,providing 17 mentors thus far. When in October the insurer moved its headquarters from San Francisco to Oakland, it celebrated with a $1-million gift to the nonprofit and a goal to recruit 50 more employees as mentors.

All the while, the bond between Ogbu and Tillena has grown. The teen graduated from Coliseum College Prep Academy in 2017, then enrolled at San Francisco State University with desires to become a doctor someday. “I like that I can call or text Vanessa with almost any kind of issue or problem I have, and she’ll respond pretty fast,” says Tillena.  “I’ve asked her about navigating through the financial aid stuff, class scheduling, and handling social situations in college, and she’s always ready with some advice.”

“I try to use some of the skills I have learned over the years – the kinds of things I wish someone had told me when I was Tillena’s age,” says Ogbu. “I try to give her the best advice possible and help her look at issues from different angles, and ultimately let her make the decisions.”

And now in 2020 the two had to confront their most significant challenge yet – Tillena’s decision to leave the Bay Area to finish up her education in Florida, and hopefully pursue medical school someday.

“I know I need to challenge myself in order to make my dreams come true but leaving home is difficult on so many levels” says Tillena. “There are family and friend considerations, and then there’s the whole ‘I’m on the other side of the country’ thing!”

Ogbu says she’s proud that Tillena looked at the move from multiple angles and made a very informed decision. “She knows what she wants, and I like that she’s bold enough to follow her dreams no matter where they take her,” she says.  The pair vows to keep in touch and will turn to ‘FaceTime’ on their cell phones to do their weekly check-ins instead of in-person.