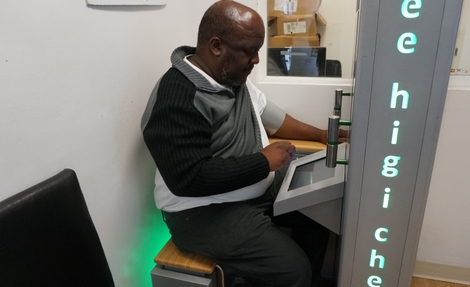 It was December  2018 and Tyrone Anderson didn’t know if he would live or die. The 45-year-old was at work as a health technician at the Roots Community Health Center in Oakland when he suddenly felt a nasty headache coming on. He went home early that day, took a few aspirin, and tried to take a nap. A few hours later, with the headache persisting, Tyrone drove himself to a hospital. It was good thing that he did. He learned later that he was suffering the effects of a stroke.

“I remember being in my hospital bed and thinking I was too young to have had a stroke,” he says. “I was mostly worried about my wife and kids, like what was going to happen to them if something happened to me.” 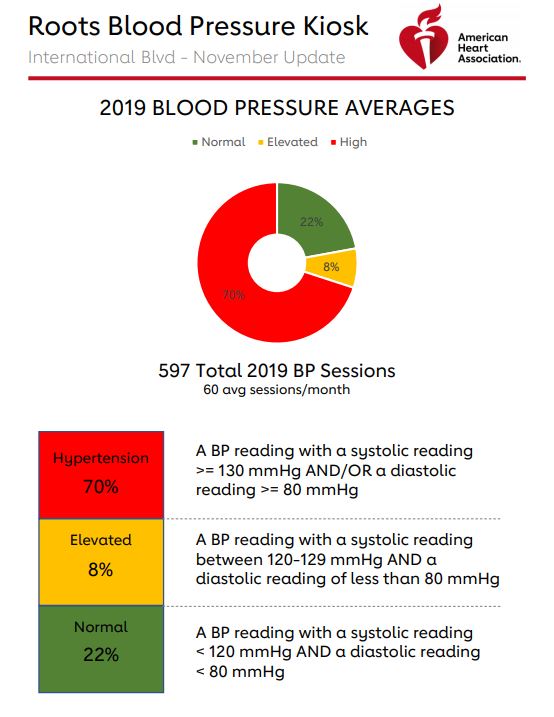 Doctors eventually determined that Anderson suffered a minor stroke, but it was a major event that rocked him to his core. “I knew right then and there that I needed to change my lifestyle…and I did, thanks to the team at Roots and that machine over there.!”

The ”machine” he’s referring to is a “Higi” health station. About the size of a voting booth, this self-serve kiosk gives patients’ blood-pressure readings in about 60 seconds. It was installed in the clinic last spring as part of a Blue Shield of California – American Heart Association collaboration, just a few months after Anderson’s stroke. Since then nearly 600 people have been screened, with more than three-quarters of them discovering they have full-blown hypertension or elevated blood pressure (blood pressure numbers of less than 120/80 are considered within the normal range). The good news for these individuals is that the road to treatment starts just a few steps away, inside the clinic.

Building on the success of the first blood-pressure kiosk, Blue Shield and the Heart Association helped install a second kiosk this week at the new Roots clinic at 73rd Street and MacArthur Boulevard. Blue Shield Vice President of External Affairs, Kimberley Goode, was on hand for the ribbon cutting ceremony.

“Untreated hypertension is a silent killer, so these kiosks will be a very powerful tool for improving access to care and engaging neighbors in our community,” she said.

'We Can Reach Thousands'

Laura Steinfeldt is the executive director of the American Heart Association Bay Area chapter and says participating in this program could be a game-changer: “With these kiosks, we know we can reach thousands in the community and really make a difference in people’s lives.” 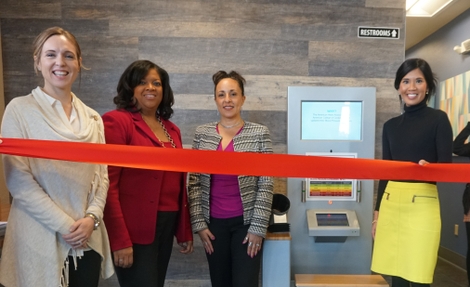 The visible and easy-to-access kiosks have already helped scores of patients. “Being able to screen people in about a minute has literally helped save lives at our clinic,” says Roots Chief Operating Officer Aquil Naji. “It allows our nurses to get right to work, talking with patients about lifestyle changes. We even send some folks home with fresh fruits and vegetables from our on-site food pantry.”

Fully on the mend, and now enjoying a mostly vegan diet, Anderson says he’s a believer. “I check my blood pressure every day now when I come to work,” he says. “It really gives me peace of mind and helps remind me to eat better and get more exercise.”