Last week, the U.S. House of Representatives took an important step in advancing House Bill 3 (H.R. 3), the “Lower Drug Costs Now Act of 2019,” by moving the bill through its first key committee. We at Blue Shield of California support H.R. 3, a bill that would help reduce the cost of essential prescription drugs. 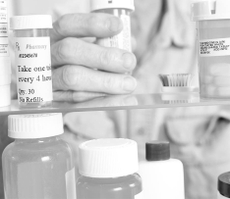 Addressing the rising cost of prescription drugs, which accounts for 23 cents of every health care dollar,i is central to ensuring affordability for our members - and for the entire health care system. Today, the United States pays the highest prices in the world for prescription drugsii due to a number of factors:

According to the Congressional Budget Office, H.R. 3 would reduce—by nearly 55 percent—the prices for the first group of drugs subject to negotiation under the bill.vi This includes drugs used to treat critical chronic conditions like rheumatoid arthritis and diabetes, which are among the highest drug costs that Americans face, year after year.

It is incumbent on Congress to take action and restore some measure of market-driven pricing by passing H.R. 3. We believe H.R. 3 is an essential step to reducing health care costs for Americans.

Blue Shield has been a consistent advocate for lowering the cost of prescription drugs. In California, we supported Senate Bill 17, the nation’s first drug-transparency law. We also are providing physicians with real-time information about the cost of drugs and clinical equivalents at the point of prescribing through our Gemini tool. Blue Shield is also a member of the Campaign for Sustainable Drug Pricing (CSRxP), a coalition of hospitals, doctors, employers, insurers and other stakeholders, who support legislative action to reduce the cost of drugs.

Get the latest Blue Shield of California news delivered right to your inbox - click here to subscribe now.

ii The Commonwealth Fund, Paying for Prescription Drugs Around the World: Why Is the U.S. an Outlier?, October 5, 2017.

v I-MAK, Over Patented and Overpriced: How Excessive Pharmaceutical Patenting is Extending Monopolies and Driving Up Drug Prices.