According to the Centers for Disease Control (CDC), 46 people die every day from overdoses involving prescription opioids.

“As one of the largest health plans in California, serving 4 million members, we play an important role in helping to curb the course of this devastating public health epidemic,” said Terry Gilliland, M.D., Blue Shield’s senior vice president and chief health officer. “By focusing on evidence-based interventions, working closely with providers, and local and state collaboration, we’ve been able to help members reduce their risk for harm and accidental overdose and death from prescription opioid use.” 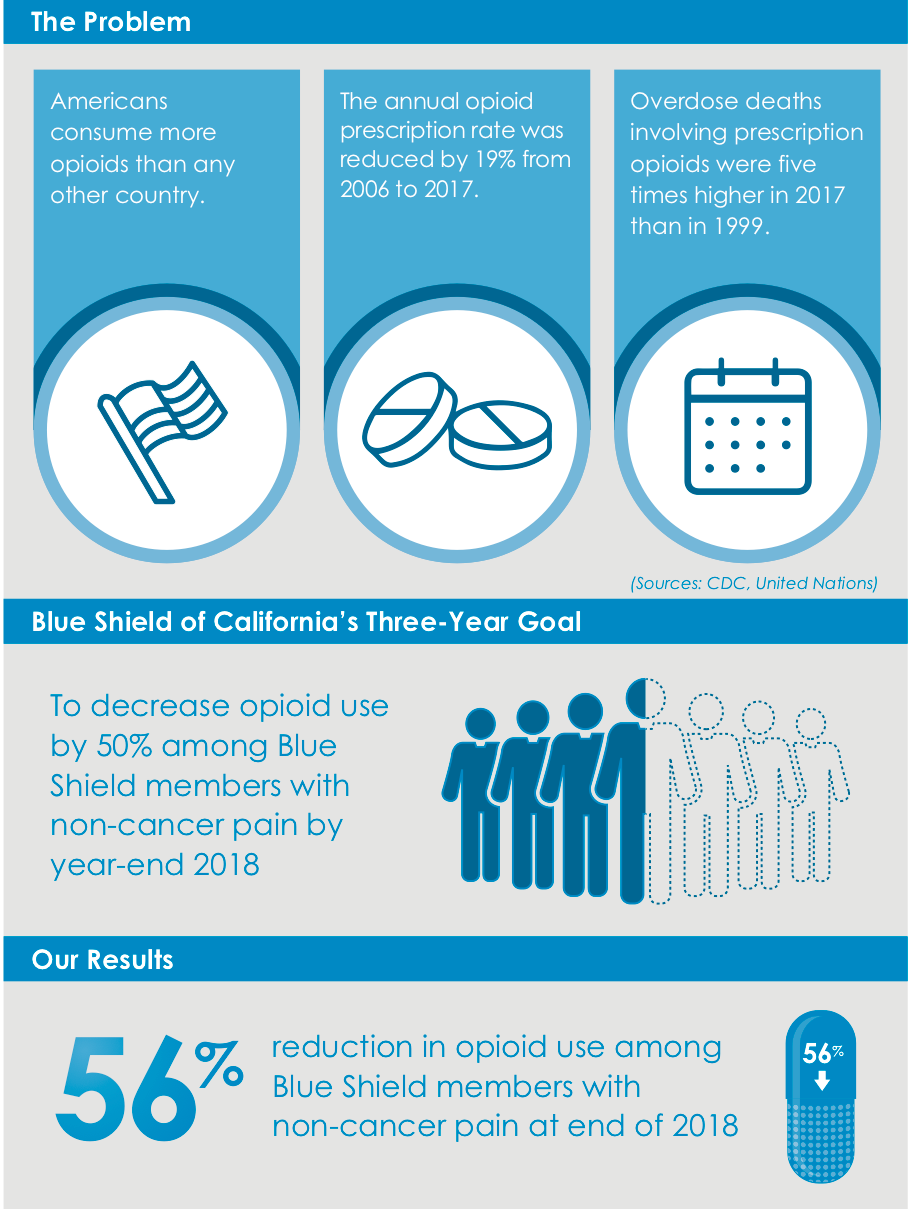 Since launching the initiative in 2015:

“Exceeding our 50 percent reduction goal demonstrates a significant, life-saving change in opioid prescribing and use, but our narcotic safety efforts must continue,” said Salina Wong, PharmD, Blue Shield’s director of clinical pharmacy programs. “Reducing opioid over-prescribing and overuse must be a sustained and collaborative effort among all stakeholders.”

Though opioid prescriptions have been on a steady decline over the past several years, deaths involving prescription opioids were five times higher in 2017 than in 1999, according to the CDC. Blue Shield remains committed to reducing opioid use and will continue work to combat the epidemic.

“In order to sustain and grow the progress we’ve made, doctors and patients must continue to seek safer treatments to manage chronic pain and remain vigilant when an opioid prescription is necessary,” Wong said. “Access to drug addiction treatment must be improved, including in primary care. State and federal policies must be aligned to support these efforts.”

Covered California’s Open Enrollment Could Be a Life-Saving Choice