How Nipsey Hussle Inspired Blue Shield, Artist Moses Ball and Others To Create a Mural In South LA 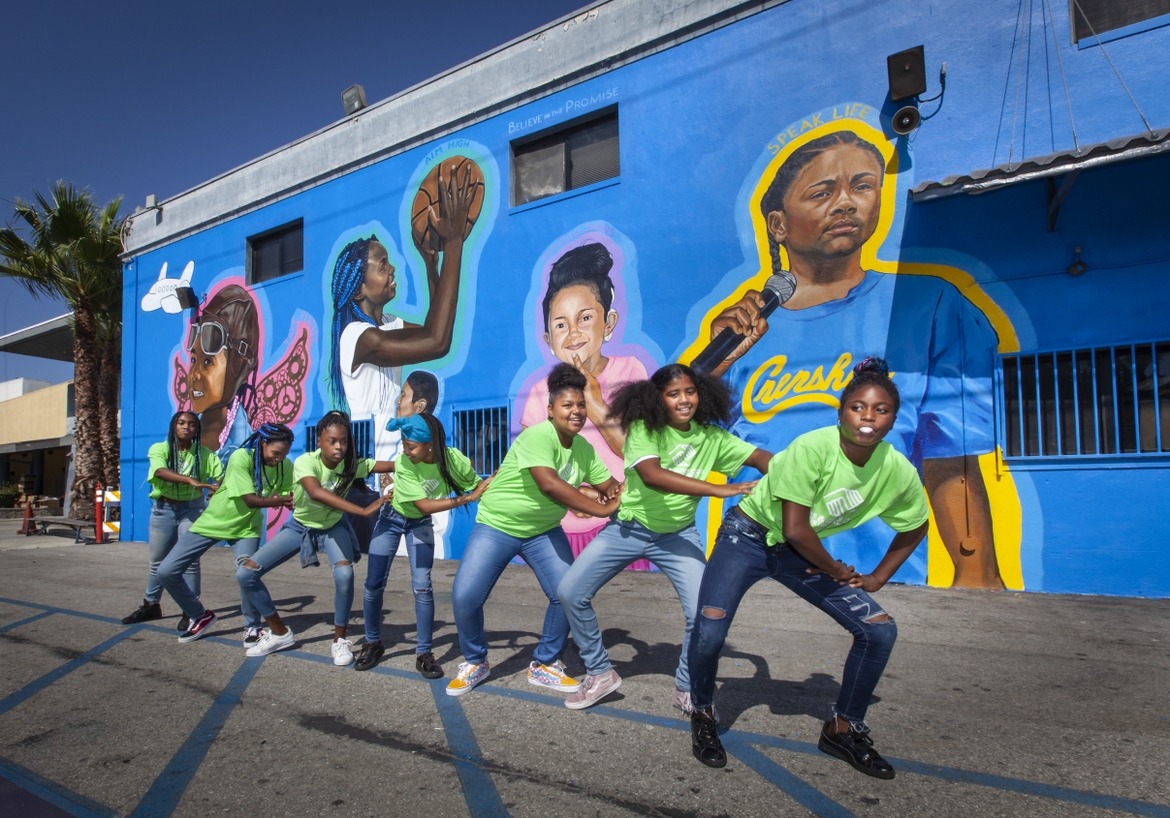 As part of an ongoing effort to invest in the communities of its members, Blue Shield of California Promise Health Plan (Blue Shield Promise) led an effort that led to the unveiling in Los Angeles of a large, vibrant mural, painted by students and community muralist Moses Ball. 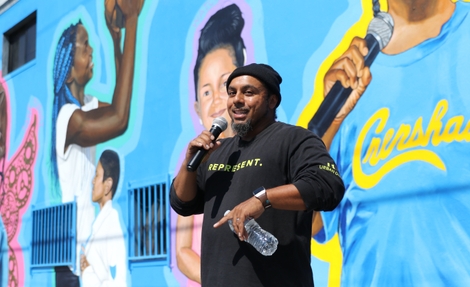 Ball spoke to a crowd of about 100 people on Aug. 8 at the Boys & Girls Clubs of Metro Los Angeles Challengers Clubhouse, talking about how art therapy serves as a way to heal from everyday trauma kids can face. Ball added more on the topic to Blue Shield Promise by phone. “The vision is to repair the hurt from the challenges the youth face, and in turn foster the dreams that still live inside them,” he says.

The festive celebration took place before the mural on a warm summer’s day. Kids slurped on snow cones, and a female troupe from the Boys & Girls Challengers Clubhouse danced to “Old Town Road,” this year’s No. 1 country-rap hit by Lil Nas X.

The mural, 20 feet tall and 60 feet wide, shines brightly on a blue wall at the site of one of the Boys & Girls Challengers Clubhouse, a few miles southwest of downtown Los Angeles. The work shows the faces of five children and highlights their dreams about future occupations. The mural was supported by a continuing community art therapy program, with the help of social workers and behavioral health specialists from Blue Shield Promise and Wellnest, a child guidance clinic.

The support of other organizations was key to making the mural happen, said Calvin Lyons, president and chief executive officer of the Boys & Girls Clubs of Metro Los Angeles. “This was a great program for our youth because it provided them with an opportunity that they will be able to experience for years to come.”

The goal of the ongoing initiative is to help at-risk youth express their emotions via artistic media, such as painting and drawing, and assist them in building relationships with others. The program enables kids who are undergoing physical, emotional or mental crisis, to increase their ability to explore, discover and interpret reality in a safe space.

Each week over two month-period, professionals from Blue Shield Promise and Wellnest worked with Ball, who encouraged youth aged 11 to 17 to lend their creativity as they participated. Art was used as a tool to help the program participants share their feelings and talk about difficult issues in a safe, nurturing space.

In the first meeting, Ball says kids talked about the murder earlier this year of rapper and entrepreneur Nipsey Hussle, who was gunned down March 31 in front of his clothing store, Marathon, in Los Angeles. His death sent shock waves throughout the community, city and beyond.

“We wanted to get a sense of how the kids felt about it,” Ball says. Then pose the question, “Where do we go from here?”

Ball drew on one of Hussle’s mottos, “The marathon continues,” he notes. “So how do we continue with our marathons, our own goals?” 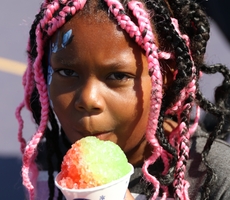 In that vein, the loss of Hussle served as inspiration for the mural. The work reads at the top, “Believe in the Promise,” which serves as an overarching theme. One of the images shows a young male rapper inspired by Nipsey Hussle’s music and his community work. Another is of a young girl inspired by Bessie Coleman, the first woman of African-American and Native American descent to hold a pilot’s license. The girl is dressed like a pilot with an image of a plane taking off behind her, with the words “Take Flight.”

The work on the mural will continue, as a second half will soon get underway. “Blue Shield Promise is committed to investing in the communities where our members live to ensure they have every opportunity to have healthy and vibrant lives,” says Greg Buchert, president and chief executive officer of the health plan.

Ball, a Los Angeles native, trained at the Art Institute of Chicago and started painting murals in 2002, returning to the city more than a decade ago. His works include a new mural dedicated earlier this year and funded by Los Angeles Metro near a future subway station. “It gives me great satisfaction to mentor youth both artistically and in life,” said Ball. “I hope to inspire the next generation to become Los Angeles muralists and beautify the community.”

For Ball, and everyone else, the marathon continues.

What Does a Doula do? The Doula in Heels Has Answers