Genetic Tests Are Changing Care, That's Why Blue Shield Covers Nearly 70 of Them

Genetic testing is accelerating as a critical clinical tool with about 75,000 tests now available to healthcare providers.  And the number of new tests being rolled out is eye-popping: more than 14 new tests, on average, get introduced into the market each day.

Healthcare providers use genetic tests for a number of clinical purposes from optimizing diagnosis and treatment as well as identifying hereditary cancers like breast, ovarian, colorectal and prostate to conducting non-invasive prenatal screening for genetic diseases.

Adding to the widespread awareness and popularity of genetic testing are direct to consumer genetic tests such as AncestryDNA, 23andMe, and National Geographic’s Geno 2.0 that help people figure out their roots.

Now faced with a plethora of tests, the healthcare community is struggling to keep up with the evolving science and ensuring that patients receive the right genetic test that will lead to an effective diagnosis or treatment.

Henry M. Garlich, Director of Blue Shield’s Healthcare Value Solutions & Enhanced Clinical Programs, said genetic testing is “a powerful tool that is changing the paradigm” in the diagnosis and treatment of diseases. 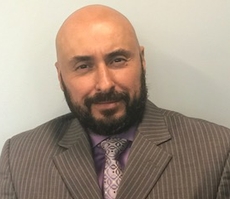 He said genetic tests not only identify patients at risk for cancers like breast, prostate and colon, but in some cases the tests could predict how patients will respond to a specific treatment. One genetic test, called “MammaPrint” looks at the genetic profile of early stage breast cancer to help determine whether chemotherapy would be beneficial for some patients with specific tumor characteristics. Patients may be able to avoid chemotherapy based on indications by the test. “It reduces the burden of overtreatment and eliminates an unnecessary procedure with detrimental side effects,” Garlich said.

But genetic testing “remains in its infancy,” Garlich said. “The science is really leaping far ahead of the evidence. In the majority of tests available to clinicians we don’t have a lot of strong clinical evidence to support the clinical utility of genetic testing.”

He added, “That’s where we are really trying to catch up. There’s a lot of hype surrounding it. In some cases it’s exaggerated and in some cases real.”

Physicians are using as many as 2,000 different tests on 1,000 different diseases, according to American Medical Association. Health insurers like Blue Shield of California are developing new policies to provide coverage for genetic tests that ensure clinical utility, meaning the tests will lead to treatment that improves patient outcomes. It is estimated that nationwide spending on genetic testing will soar to $25 billion a year by 2025, from around $5 billion a year in 2010.

Blue Shield of California currently covers as many as 70 genetic tests. Those categories of testing include:

Since James Watson and Francis Crick discovered the structure of the DNA double helix now more than 60 years ago in 1953, genetics has evolved rapidly.  Garlich said Blue Shield works closely with academic institutions and medical centers including the University of California in San Francisco, Cleveland Clinic, Stanford, Mayo Clinic, and other leading institutions to better understand the fast-moving science and determine whether there is enough evidence to expand use of certain tests for specific diseases.

Over the next five years, the healthcare community anticipates even bigger leaps as genetic testing further enables precision medicine, allowing clinicians to tailor medical treatment to an individual’s specific clinical characteristics and individual variability in their genes.

“Genetic tests are increasingly ‘a must have’ in order to know that a very expensive therapeutic is going to be effective,” said Rob Metcalf, chief executive of Concert Genetics, which tracks and manages the 75,000 genetic tests now on the market.

As tests proliferate, the risks have also increased.  Metcalf said ensuring the quality of the tests is critical.   “If you need a genetic test to determine if a precision therapeutic will work – or won’t work – you only want tests and results of immense quality before the therapy gets delivered.”

Currently, the federal Clinical Laboratory Improvement Amendments (CLIA) regulates the lab that conduct the testing but the federal Food and Drug Administration does not regulate the quality of the tests.  No one ensures that the tests are accurate, Garlich said.

To that end, Blue Shield is spearheading an initiative to certify the quality of tests done by labs through the Center for Genomic Interpretation, a non-profit organization focused on improving genetic testing.  Garlich said Blue Shield is seeking to certify all of the labs that provide genetic tests covered by the insurer.

“We believe this is a viable and credible way to ensure the labs’ quality and accuracy of testing,” he said.