Blue Shield Is Now Helping Provide Care to Veterans Across the U.S.

Blue Shield of California’s efforts to support military veterans with health care coverage is expanding dramatically to the national stage.

Blue Shield is part owner of TriWest Healthcare Alliance, which last month was asked by the U.S. Department of Veterans Affairs (VA) to expand services to all areas of the county. Previously, TriWest worked with VA to support 28 states in the Western U.S., including California.

VA has asked TriWest – one of two VA contractors administering the Patient-Centered Community Care (PC3) and Veterans Choice Program (VCP) for veterans – to step in and help bridge the gap in services in the Eastern U.S. The gap was created when Health Net Federal Services’ contract with VA expired on Sept. 30. 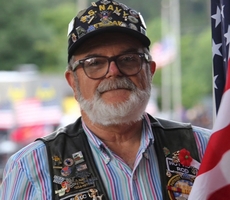 Congress passed new legislation in May consolidating and strengthening VA’s community care programs. The legislation earmarked more than $5 billion in funding to continue the Veterans Choice Program for another year. The President signed this legislation into law on June 6, the 74th Anniversary of D-Day.

“On the eve of this very important Veteran’s Day weekend (the 100th anniversary of the end of World War l), we are pleased to show our support for veterans across the U.S. and take additional steps to provide access to care and augment VA services in a significant way,” said Larry Hilty, Vice President, Markets Performance, at Blue Shield of California and a member of TriWest’s board of directors. “The Administration and Congress deserve credit for their efforts. Without this federally funded program in support of a private/public partnership, many of those appointments would have overwhelmed some VA hospitals and clinics, causing massive wait lists for all veterans using VA care.”

Blue Shield of California has an ownership stake in TriWest of approximately 13 percent and has been active in the company since 2003. It has a network of more than 40,000 providers in California who have cared for more than 180,000 veterans since the start of TriWest’s contracts alongside VA beginning in 2014.

As TriWest expands to a nationwide footprint over the next couple months, it will draw upon the services of more than 200,000 providers in support of VA’s mission to care for all men and women living today who have served in the country's armed forces.

Some of program’s successful metrics include:

“We are humbled that VA has asked us to again scale the cliff in support of our nation’s heroes,” said David McIntyre, President and CEO of TriWest.

“We will stand up the first states by Dec. 7, in honor of our nation’s World War II veterans, and will be fully operating in all new regions by the end of January 2019 so that all veterans will be afforded the care they have earned,” McIntyre said.

The Department of Veterans Affairs welcomed TriWest taking on a bigger role.

“TriWest has worked collaboratively with VA from the start of the Veterans Choice Program to address implementation challenges and to improve the program to better serve veterans,” said VA Secretary Robert Wilkie, when the news of the new agreement was announced Oct. 2. “Extending the time and reach of our partnership with TriWest will ensure veterans get the care they need.”