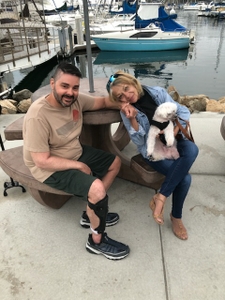 When Jacqui Manzie Riley, a Blue Shield of California Promise Health Plan member, turned 70, she thought she’d be focused on animal rescue. But when she got a call that her 43-year-old son Danny had suffered a stroke and was heading into emergency brain surgery, her life turned upside down, and she needed rescue. That was in August of 2019, and since then, Riley’s family’s story has been a shining example of how Blue Shield Promise cares for low-income members with MediCal.

According to Riley, Danny Manzie had been active his entire life: surfing, snowboarding, hiking, racing, and rescuing dogs and cats. He had raised his daughter as a single dad, worked freelance jobs, and put himself through school to be a web designer. He was about to launch his career and was attending a web design conference in San Diego when his colleagues noticed he was behaving strangely and was nonresponsive. An ambulance was called and within hours, he was having surgery to repair the bleeding in his brain.

“It was shocking,” said Riley, who speaks for her son, since he has not fully recovered his ability to talk. “It was overwhelming enough, but with all the paperwork, I didn’t know what to do. That’s when I met Leiloni Herrera, who advocated for Danny, gave me options, and helped us navigate the system. She ensured we didn’t fall through the cracks and was there every step of the way.”

Herrera is a long-term care social worker with Blue Shield Promise and currently works with 47 patients like Manzie, who are not able to transition back to their previous independent lives. She helped the family navigate long-term care, get on disability, and get legal aid to appeal Manzie’s Supplemental Security Income (SSI) denial. After two-and-a-half years of care, Herrera helped Manzie move into an assisted living facility and continue his rehabilitation. 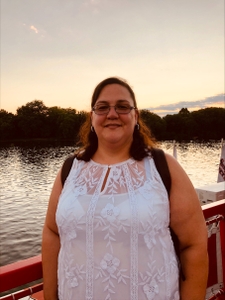 Herrera was particularly helpful in advocating for Manzie’s ongoing care in a skilled nursing facility. The facility wanted to discharge him less than three months after his stroke, even though he couldn’t walk, talk, or care for himself. And as a small 70-year-old woman, Riley was unable to lift him or provide the kind of intense rehabilitation he needed.

“I fight for my members, and it’s about getting that person the care that they need to choose the life they want, based on their priorities,” said Herrera. “It gives our members self-determination. And I’ve got Blue Shield as a company that stands behind member care 100%.”

For all of Blue Shield Promise’s social workers, their job from the moment they get involved is to build trust with the member and their family. And then they stay with the member for as long as necessary until they are fully stable. “My goal for Danny is for him to live as independently as his body will allow,” said Herrera. Manzie is making steady progress to the point where he can walk with a cane, groom himself, and communicate slowly. This week, his mother saw him for the first time in three years due to pandemic restrictions.

“It was so great to see Danny’s spirits lifted and a smile on his face,” she said. “Danny’s world is opening up again, and it’s because of the support we got from Leilani and Blue Shield Promise. It’s been a godsend.”