It’s hard to forget just how dire the COVID-19 pandemic was at the beginning of 2021, when the first vaccines became available. Emergency rooms and ICUs were at the breaking point as new cases of the virus skyrocketed. Vaccines were in tight supply, allocated by the federal government, and getting what doses the state could obtain to the most vulnerable was a chaotic, fragmented process. 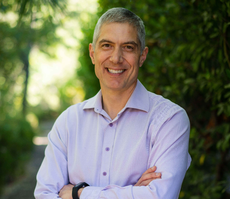 It turns out, the state’s vaccination efforts last year helped to prevent nearly 20,000 deaths from COVID-19. It also meant that 1.5 million Californians avoided becoming infected, and 72,000 people were prevented from being hospitalized, according to a new University of California, San Francisco (UCSF) study published in the JAMA Network Open.

We’ve always known how many doses of vaccine were given through the network. But this study marks the first time we’ve been able to quantify the lives saved by this huge collaborative effort, and the numbers are humbling and gratifying.

In reporting the news, the Los Angeles Times noted that the UCSF study didn’t look at the many other important ways in which the state’s vaccination campaign benefitted California: Fewer lost school and work days, fewer people developing long-term COVID, fewer families grieving over a lost loved one. All of these are achievements worth celebrating.

California’s vaccination effort involved countless people – not just across every department at Blue Shield, but also the hundreds of providers who joined the network and the thousands of people who worked at mass vaccination sites, at hospitals and pharmacies, in data centers and answering hotline calls, and our state officials including the California Department of Public Health. It was hard work, but also truly a time when we all came together for the common good – and when we did an uncommonly good job.

Paul Markovich is president and chief executive officer of Blue Shield of California.