OAKLAND, Calif. (February 1, 2022) – Blue Shield of California today announced that Pamela DeCoste has joined its Board of Directors, adding her deep expertise in finance and health care to the nonprofit health plan’s governing board.

DeCoste spent much of her successful 40-year career in finance at Koninklijke Philips, a multinational health and well-being company headquartered in the Netherlands. Her leadership experience in guiding Phillips through complex transformation will guide and help inform Blue Shield’s ambitious plan to reimagine the healthcare system. 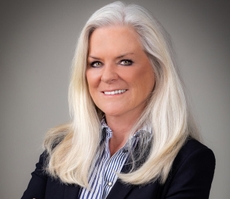 “I am excited to join Blue Shield of California’s board to help achieve its mission of providing quality health care that’s sustainably affordable for everyone,” DeCoste said. “I want to lend all of my expertise to help Blue Shield reimagine health care with innovative ideas and initiatives that transform our healthcare system for individuals, families and communities.”

DeCoste began her career as an auditor for Arthur Andersen LLP, before setting her sights on a career in finance with ATL Ultrasound Inc., where she served in various leadership roles, including CFO.

After ATL Ultrasound was acquired by Koninklijke Philips in 1998, DeCoste played a critical leadership role in her new company’s mergers and acquisitions efforts as it sought to build its healthcare unit. She held senior financial executive roles within the firm’s various business units, and in 2011 was appointed as Philips executive vice president and global head, internal audit.

In 2013, DeCoste was appointed CFO of the consumer lifestyle unit of Philips, and two years later she became CFO and senior vice president of finance of the image guided therapy business unit in Philips Healthcare. That same year, DeCoste helped oversee the acquisition of Volcano, a global leader in catheter-based imaging and measurement for cardiovascular application.

“What really stands out with Pamela is not just her successful record as a global financial expert, but her range of expertise in vastly different environments and cultures,” said Kristina (Kris) Leslie, board chair for Blue Shield of California. “Pam is direct while still being incredibly approachable, and her passion for technology, health care and finance will have a significant impact at Blue Shield of California for years to come.”

The board appointments continue to build on Blue Shield’s commitment to and recognized leadership in diversity, equity, and inclusion. In addition to Kristina Leslie serving as the company’s first woman chair of the board of directors, the governing body also has gender balance, and women serve as chairs of four of the board’s five standing committees. Additionally, people of color make up nearly half of the board.

Blue Shield also maintains a zero pay-ratio gap by both gender and ethnicity. It has a balanced representation of women and men in leadership roles (director and above) and was recently included on the 2021 National Diversity Council Index and named one of America’s Best Companies for Women to Advance by Parity.org.

Blue Shield of California Announces Dr. Arthur Chen Joins Its Board of Directors