A new poll suggests many Americans have worries about their health and well-being
News Center Insights and Opinions
November 11, 2021

Blue Shield of California's Peter Long is at the forefront of new research gauging Americans' insecurities about health and well-being. 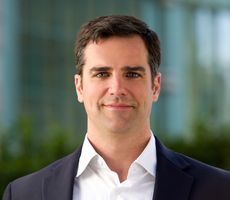 Long,executive vice president of Strategy and Health Solutions at Blue Shield, is co-chair of FORESIGHT, which describes itself as "an equity-focused futuring project that aims to envision a new future for health and well-being—and how we get there, together." FORESIGHT published a poll on Nov. 4 that found a majority (53%) of Americans in marginalized communities saw inequality as a top concern.

﻿﻿“When you speak with people in communities about what the future could look like, the results are very different from what you hear when you do futuring exercises with service providers or within delivery systems,” said FORESIGHT co-chair Peter Long, executive vice president of Strategy and Health Solutions at Blue Shield of California. “At the most basic level, people want conditions and resources that will give them the opportunity for a healthier, better quality of life. Instead of continuing to try to fix imperfect systems, we need genuinely transformative approaches that will make health and well-being for all more than a
pipe dream.”

Another major finding: The need for holistic, innovative, and culturally rooted health care. "While survey participants did not want their health care to be dependent on their employer, they did hope that it would be widely acknowledged that health is tied to economic security, access to food, racism, and the environment. They hope that holistic solutions will address these interconnected issues in time," according to the announcement.

FORESIGHT, which was launched by 17 philanthropies, engaged futurists to identify the major forces that could shape the future of health and well-being in the United States. Then, in group sessions with diverse individuals across the political spectrum, these findings were shaped into a set of four potential scenarios, according to a statement announcing the results.

Read the full white paper on the research and analysis here.

How guaranteed income will change health equity among Californians