Health Care for All Californians: Who Gets Health Care, and Who Doesn’t by Race, Income and Age

Californians agree everyone deserves to be treated equally when it comes to health care, but some groups are struggling more than others
News Center News News Stories
March 16, 2021

It’s something almost all of us (88%) agree on: everyone in California deserves to be treated equally when it comes to health care – and nearly as many, 83% of us, believe people should have insurance even if they can’t afford it.

But as our second release of Blue Shield of California/Harris Poll results finds, many groups are struggling with access to the most basic care: doctors, hospitals, clinics and pharmacies. Income, age, race and access to insurance are the leading obstacles to care, according to the poll of 1,000 adults in the state, conducted Feb. 2 to Feb. 15.

As we mentioned in our first release on March 9, Blue Shield commissioned the poll to better understand the healthcare needs of residents and inform our efforts to reach and provide care to all Californians. The poll results coincide with our annual Mission Report, which highlights our efforts to help members and all Californians in the midst of a once-in-a-lifetime public health crisis.

That first release of results showed 41% of Californians found it harder to get health care during the pandemic. In this report, we examine who is struggling. The results suggest there isn’t a simple answer. African Americans, adults who make less than $50,000 annually, undocumented immigrants and the LGBTQ+ community told us more needs to be done.

Some of our main findings:

Who Deserves Care and Who Really Gets It?

Women were more likely than men to agree that all patients should be treated the same. Yet young adults were less likely to agree with the average Californian. View the data. 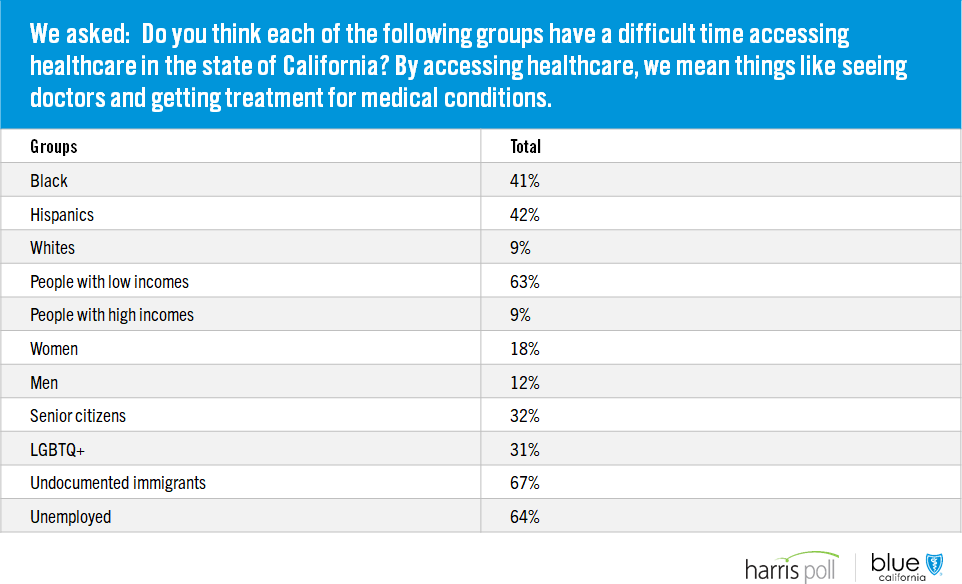 Undocumented immigrants, unemployed, low-income Californians, Hispanics and African Americans were most likely to be seen as having a harder time accessing care. Whites and people with high incomes were perceived to have an easier time. View the data. 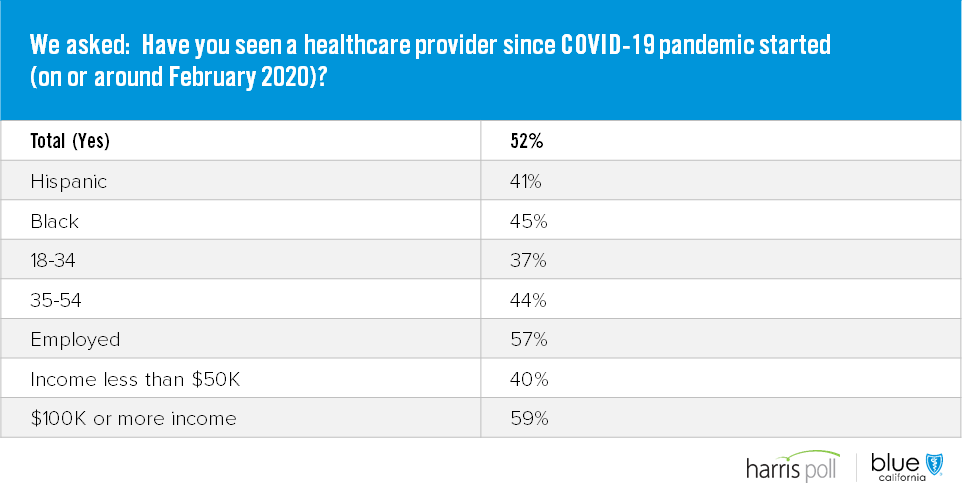 More than a half of respondents have seen a provider since the pandemic began. But rates were lower for Hispanics, Blacks, those 18-34 and 35-54, and those with low income. High income and the employed had better-than-average rates of seeing a provider. View the data.

Disadvantaged demographic groups fared the worst, with a majority of respondents saying the groups have had a harder time: undocumented immigrants (59%), and people with low incomes (62%). Race is also a factor: a majority of respondents said it is harder for Blacks (51%) and Hispanics (51%). Whites were by far seen as having the least difficult time in terms of access to care. View the data.

While a vast majority agree that Californians should be treated equally in the healthcare system, a minority think that’s the case now. Women and low-income respondents were even less likely to see equitable treatment in the state. High-income respondents were split – and more likely to think there is equitable treatment for everyone. View the data.

A majority of Californians agreed. African Americans, Asians and young adults were more likely to say the pandemic revealed the system’s flaws when it comes to people of color healthy and safe. Older Californians (55%) and those making more than $100,000 annually (56%) were less likely to agree. View the data.

Support for access to insurance when it comes to affordability is strong across all demographics we polled. View the data. 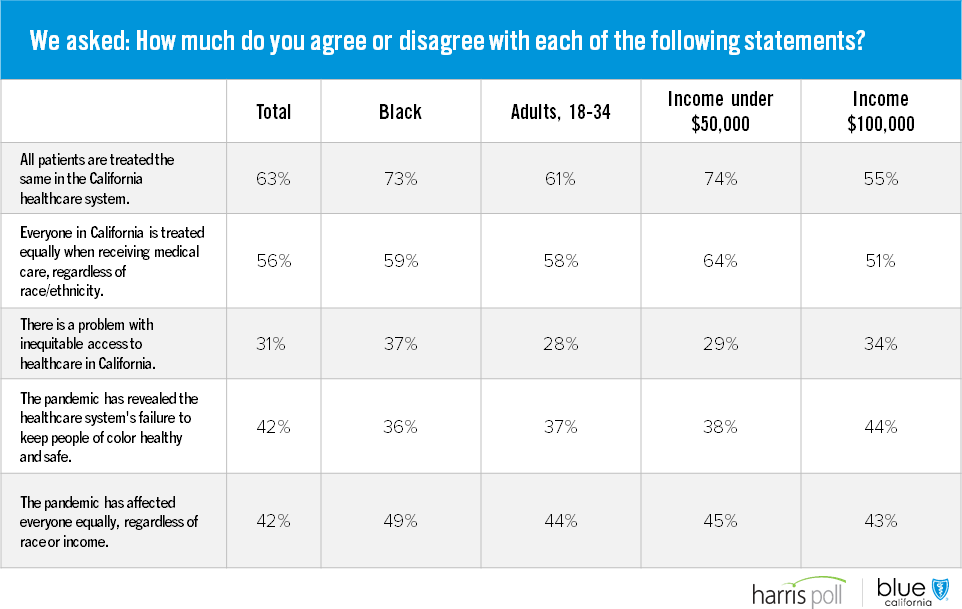 The totals show large portions of the population think race and income are factors in access to care. View the data.

We asked: Which of the following, if any, do you believe impacts how a person is treated when receiving care in the state of California? 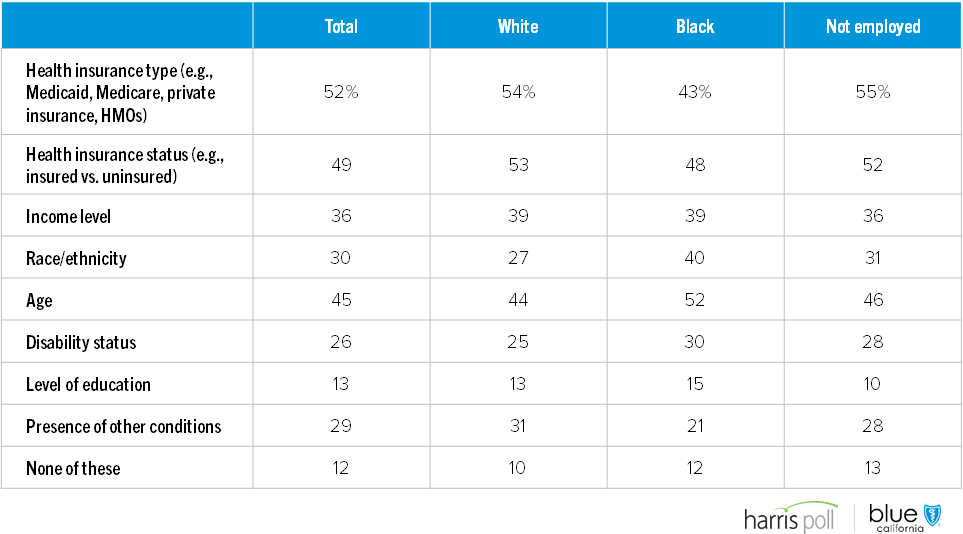 Health insurance type and status was seen as the biggest factor in how people are treated in the healthcare system by a majority of Californians and almost every demographic group, but race (30%) and age (45%) were seen as significant factors.

[1] Includes students, retirees and others.