What Does FDA Approval of a COVID-19 Vaccine Really Mean?

The health industry and regulators ramped up and sped efforts to bring a vaccine to Americans
News Center News News Stories
By  David Crook
December 01, 2020

Major pharmaceutical companies and public health officials are preparing to administer vaccines to fight COVID-19, the deadly disease that has ravaged the globe for almost a year and has killed more than a quarter-million Americans.

With billions of public dollars already spent, the first doses may be available within just a couple of weeks. 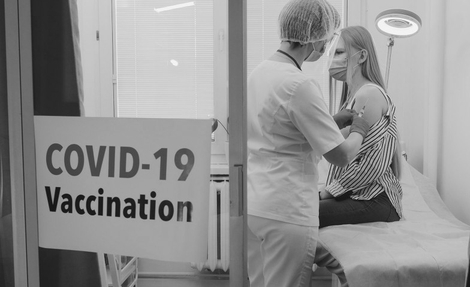 That’s the payoff of Operation Warp Speed, a Manhattan Project-like multi-billion-dollar joint effort by the Department of Health and Human Services, the Pentagon and other federal agencies to support pharmaceutical and biotech companies developing, testing, manufacturing and distributing the vaccines.

The speedy development of the COVID-19 vaccines “will go down in history as one of science and medical research's greatest achievements… several years of work compressed into months,” said the noted research scientist, author and physician Eric Topol of the Scripps Research Institute in San Diego.

The rush to market

Moderna and Pfizer have already completed three-phase trials of their messenger RNA (mRNA) vaccines. Pfizer and its German partner BioNTech have submitted findings to the Food and Drug Administration. They did not take government development money but do have $2 billion agreement to sell 100 million doses to the government. Moderna, which has a $2.5 billion government deal, developed its vaccine with the National Institutes of Health and filed for FDA approval on Monday. A third, early player, AstraZeneca, is conducting trials in the U.K. and Brazil.

The (mRNA) vaccines developed by Pfizer and Moderna are quite different from the immunizations that we all grew up with. Traditional vaccines, which can take years to develop, trigger an immune response in people with a weakened or inactivated form of the bacteria or virus.

The mRNA vaccines instead use a synthetic version of the novel coronavirus genetic material to teach human cells how to make a protein, or even just a piece of a protein, that triggers an immune response. (The AstraZeneca vaccine is close behind the others. It’s been developed with the U.K.’s Oxford University and is based on a more traditional model.)

Not only does this process greatly speed up the time it takes scientists to develop a vaccine, but it makes manufacturing of the vaccine faster as well. Indeed, there could be as many as 20 million doses available before the end of the year and hundreds of millions by spring. Both the Moderna and Pfizer vaccines require two doses delivered a few weeks apart.

“Our work to deliver a safe and effective vaccine has never been more urgent, as we continue to see an alarming rise in the number of cases of Covid-19 globally,” said Dr. Albert Bourla, Pfizer chairman and CEO.

Dr. Stephen Hahn, FDA Commissioner, said the agency “will review the [Pfizer] request as expeditiously as possible, while still doing so in a thorough and science-based manner, so that we can help make available a vaccine that the American people deserve as soon as possible.”

It is generally thought that the initial doses will be given to frontline healthcare workers and to nursing home residents. After those, expect that vaccines will be made available to older and at-risk people, essential workers, first responders and then to the general public. The government has promised that the vaccine will be free.

For Blue Shield of California, the top priority is ensuring maximum state of internal readiness, so members get vaccinated as quickly as possible following FDA approval and authorization, in accordance with both federal and state guidelines.

“We’ll be working with limited vaccine supply initially until more trials are completed which will require a phased approach to distribution as outlined by the state, starting with first responders, front line health care workers, and residents of nursing homes and long term care facilities, followed by people at high risk of severe COVID-19 illness -- like the elderly, those with disabilities, and minority groups -- and then the general population,” said Seth Glickman, chief health officer. “This approach is aligned with our commitment of ensuring the health of our members and communities and our commitment to our state’s most vulnerable populations.”

UPDATE: Family Gatherings in the Time of COVID-19: Are They Safe?

In the News: Blue Shield of California Foundation Makes A Grant to Stop the Spread of COVID-19