In the News: Todd Walthall Named One of the Most Influential Black Executives by Savoy Magazine

Blue Shield of California's chief operating officer tells Savoy, ' I feel like I have an obligation to hold the door open for others until enough people come through.'
News Center News In the News
May 12, 2020

Todd Walthall, chief operating officer at Blue Shield of California, has been named one of Savoy magazine's "Most Influential Black Executives."

In an interview with the magazine, Walthall descrbed his experience and his background: 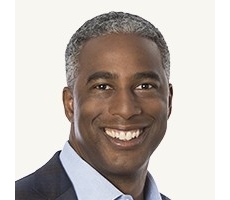 Walthall is the newly installed Chief Operating Officer at Blue Shield of California. In this role, he leads sales, marketing, technology and customer experience, but he’s also responsible for positioning the four-million-member nonprofit health plan to usher in a new age of healthcare reforms as it grows its membership.

His executive path has taken him through various industries, such as retail and financial services. The common thread that led to his success is his commitment to continual innovation and anticipating customer needs.

For example, he gained valuable experience during the transition to digital sales and marketing at Victoria’s Secret and established customer channels across multiple platforms. From there, he went to USAA, expanding the company’s digital journey and pioneering mobile banking, which led to a substantial increase of deposits at the bank.

Walthall’s next stop was American Express, where he got an even deeper dive into the financial services industry.

Then, five years ago, he got a call saying Blue Shield of California needed someone to help push the company into the era of next-level tech and operations. “They were looking for someone who is mission-oriented with my background. I was able to combine my customer centricity both operationally and digitally,” Walthall says. “All the pieces are now coming together. I’m focused on how we serve our customers and how we leave them with a lasting favorable impression of Blue Shield of California.”

He also credited his family as an inspiration for aiding the advancement of women and minorities in his executive roles:

Walthall credits his humble beginnings in a single-mother household as making him the man he is today: the proud father of two and a devoted husband, who also donates a generous portion of his time and talent to worthy causes. A critical part of giving back is lifting up others. “When I was coming through my career, the door was cracked open for me,” Walthall says. “As I entered some of these rooms and I looked around, there weren’t many people of color and there definitely weren’t a lot of women in those rooms. I was able to make the best of it, and now I’m really passionate about creating programs at Blue Shield of California that allow people to advance their careers personally, professionally and financially. I feel like I have an obligation to hold the door open for others until enough people come through.”