The U.S. and California are in the throes of a worsening epidemic of mental illness among adolescents and young adults.

The situation is far more dire today than it was just a decade ago, in large part because of the tremendous increase among teenagers’ use of smartphones and other internet-based technologies.

Blue Shield of California, the state’s Department of Education and other organizations are about to launch a new “Blue Sky” initiative that they expect will place additional mental health clinicians in middle schools and high schools throughout the state. The service is launching in 19 schools in Alameda and San Diego counties. Details of the plan are to be announced on Dec. 2. 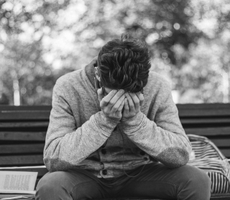 The statistics on the worsening condition of adolescent mental health are startling. According to important research published earlier this year by the American Psychological Association, the percentage of young Americans experiencing major mental health problems, including depression and suicidal thoughts, has risen significantly over the past decade:

The study was published in March in the Journal of Abnormal Psychology. The lead author is Dr. Jean Twenge of San Diego State University, one of the nation’s top authorities on adolescent mental health issues.

“More U.S. adolescents and young adults in the late 2010s, versus the mid-2000s, experienced serious psychological distress, major depression or suicidal thoughts, and more attempted suicide,” says Dr. Twenge. “These trends are weak or non-existent among adults 26 years and over, suggesting a generational shift in mood disorders instead of an overall increase across all ages.”

Other studies have reached similar conclusions: Seventy percent of teens say anxiety and depression are major problems about their peers. A 30-plus-year UCLA survey of incoming freshmen found that today’s first-year students are twice as likely to feel overwhelmed—a hallmark of anxiety—than freshmen in the mid-1980s.

Blue Shield of California has determined that unmet mental health needs are adversely affecting student learning and overall health. One in five state middle and high school students has a mental health need. But only about one-third of them get the care they need.

So what’s going on?

In a word: Smartphones.

That’s a simplification, to be sure, but mental health professionals see ample evidence of a relationship between smartphone usage among young people—the first iPhone was released in 2007—and the decade-long rise in mental health problems.

“The developing mind is no match for the Internet,” says Marlon Morgan, executive director of Wellness Together, a Sacramento-based nonprofit that partners with schools to increase access to mental-health services.

At the heart of the problem, says Mr. Morgan, is a severe isolation—a lack of meaningful, intimate connections—among young people themselves and across generations. The irony is hard to miss—a dearth of intimate, personal connections in a technologically hyper-connected world where a young person can sit in their room texting a friend on the other side of the planet.

“The connection is different,” says Mr. Morgan. “We’re overwhelmed with information about each other, but there is a lot less time spent in real conversations.”

That’s the crux of the matter. Teenagers’ screentime contributes to a host of other serious problems, including sleeplessness, isolation, sedentary living and, in many cases, self-medication through vaping. The state’s legalization of cannabis certainly hasn’t helped the problem.

The mental health issues associated with smartphone usage were first outlined in Dr. Twenge’s 2017 book, iGen: Why Today's Super-Connected Kids Are Growing Up Less Rebellious, More Tolerant, Less Happy—and Completely Unprepared for Adulthood—and What That Means for the Rest of Us.

The problems were further laid out in a famous open letter to Apple Inc. by the Wall Street investment firm Jana Partners and CalSTRS, the state teachers’ retirement system. Citing research by Dr. Twenge and others, Jana and CalSTRS wrote Apple in early 2018. They called for the iPhone maker “to offer parents more choices and tools to help them ensure that young consumers are using your products in an optimal manner.”

According to research cited in the letter, the average American teenager who uses a smartphone receives their first phone at age 10 and spends over 4.5 hours a day on it; 78% of teens check their phones at least hourly, and 50% report feeling “addicted” to their phones.

“It would defy common sense to argue that this level of usage, by children whose brains are still developing, is not having at least some impact, or that the maker of such a powerful product has no role to play in helping parents to ensure it is being used optimally,” Jana and CalSTRS wrote.

Within six months of receiving the letter, Apple introduced new parental controls and a new system new system features to help uses monitor how much they're using your phone. At about the same time, Google announced new features to limit screen time and monitor use on Android devices.