Unlike hospice, which is provided in the final weeks and months of life, palliative care coexists and complements curative care, seeking to help relieve symptoms, stress and pain for people living with a serious illness.
News Center News News Stories
By Kathryn Kranhold
September 18, 2018

Dr. Michael Fratkin faces the camera lens on the desktop computer in front of him, a mural of blue skies with scatter clouds and a miniature meditating gnome behind him.

From this secure videoconferencing setting in Eureka, Dr. Fratkin and his multidisciplinary team of nurses, social workers, chaplains, and home aides reach some of the sickest patients in Northern California’s most rural regions with a specialized health care service called palliative care.

Resolution Care is not focused on “the tumor markers and chemo dose,” said Dr. Fratkin. “We want to understand, ‘What does this mean to you? Where do you want to die? How important is pain control?’ 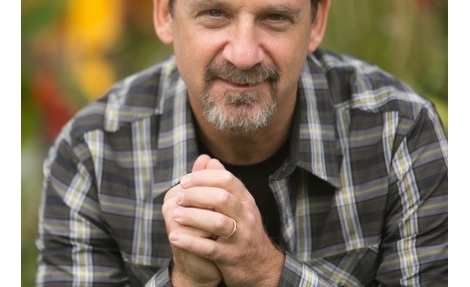 “These are the things that your cancer doctor will never explore with you,” he said.

More than 600 miles to the south of Humboldt County, Lena Beker deploys a number of  physicians, nurses, social workers and chaplains throughout the cities of Southern California, into homes, assisted living, even on the city streets, if necessary.

Beker’s Roze Room Hospice, named after her now deceased grandmother Roze Litvak, partners with large hospitals and physician practices to meet the growing need for palliative care among a diverse population of English and Spanish-speaking patients from Santa Barbara to San Fernando Valley, to downtown Los Angeles and west to Long Beach.

Unlike hospice, which is provided in the final weeks and months of life, palliative care coexists and complements curative care, seeking to help relieve symptoms, stress and pain for people living with a serious illness. In addition to symptoms management, palliative care specialists provide psychosocial support, advanced care planning, grief counseling and other home aid services, such as meal delivery.

Fratkin and Beker are part of Blue Shield of California’s groundbreaking move to provide comprehensive home-based palliative care to seriously ill patients in all of the state’s 58 counties.

“Blue Shield is on the cutting edge of saying, ‘this is an important service we believe in and we are going to pay for it,’” said Beker.

As of Jan. 1 of this year, a state law requires that health care plans provide team-based palliative care to Medi-Cal patients with cancer, heart failure, liver disease and chronic obstructive pulmonary disease, or COPD. Medicare, however, only allows for per visit coverage of physician and nurse practitioners.

But Blue Shield has embraced a comprehensive model for patients, ensuring that all patients living with any number of serious illnesses, including but not limited to the Medi-Cal covered diseases, have access to an interdisciplinary team of healthcare professionals trained in palliative care. In addition to a physician and nurse, Blue Shield requires that a chaplain and home health aide are on every home-based palliative care team. Blue Shield also expedites access to other services that people with serious illness may need, including pharmacy, supplies, durable medical equipment, and home health services, based on an individual patient’s needs.

Blue Shield has been exploring how to provide palliative care to its members since as early as 2012. As part of its effort, Blue Shield studied the general demographics of its members and discovered an aging population with more serious and chronic irreversible illnesses that surprisingly did not take advantage hospice, said Torrie Fields, Blue Shield’s senior program manager for Advanced Illness and Palliative Care. A 2012 study showed that 70 percent of Californians would prefer to remain in their homes when dealing with a serious illness but only 32 percent of all Californians actually passed away at home.

Fields said patients diagnosed with serious illnesses have to make many decisions quickly about treatment and medical care without access to all of the facts. “Under stress, we struggle with just finding our keys, let alone finding a doctor,” she said.  “Patients end up turning to the emergency room to handle pain when they would rather be at home.”

In 2017, Blue Shield launched a pilot to provide comprehensive palliative care in Sacramento. During that time it began looking for partners to expand its service across the state to all of its members in need of palliative care. Blue Shield now has 27 providers, and already enrollment has more than double to 1,600 members this year from 800 members at the end of 2017. 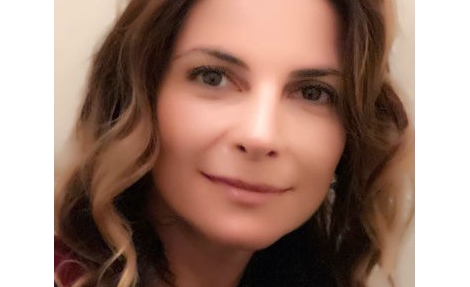 “We were looking at how to help provide the right care at the right time in the right setting, and reduce unwanted treatment and cost,” Fields said.

For Beker, home health care is very personal. After a career in sales and marketing for a textile company, Beker started Culver City-based Roze Room Hospice to honor her grandmother who died unwillingly in a hospital. Beker said she wanted to “take care of patients who could not be at home and ensure they didn’t have to die in a hospital.”

In the 1990s, Dr. Fratkin spent most of his time treating patients with HIV and other serious illnesses. As time progressed, he said he became more interested in diagnosing the human condition, then the medical condition. He attempted to bring together a palliative care team at one medical organization but was not able to convince the hospital’s leadership to give him the necessary resources.

In 2014, Dr. Fratkin struck out on his own, raising $140,000 through a crowdfunding campaign to open Resolution Care, a hybrid approach of telemedicine and boots on the ground. “All of the technical medicine lost its luster,” he said. “This lights me up.”

This type of care can sharply reduce medical costs, so why aren't doctors ordering it?