Blue Shield’s Customer Experience Promise: 'We Can Do Better – and We Are'

Blue Shield of California is revamping its claims, enrollment and billing processes for individual and family plan members to improve customer service and to be more responsive to complaints when things go wrong.

“Our goal is to get things right the first time, and we are proud of the fact that we do that the vast majority of the time,” said Shayna Schulz, vice president, customer experience. “We also know that sometimes we make mistakes, and our members let us know.”

Here are a few ways Blue Shield has responded to members’ needs:

Blue Shield added about 400 call center staff during the peak season to improve response times to customer calls during the first part of 2018.  Blue Shield now has a team of almost 1,200 now representatives answering calls. 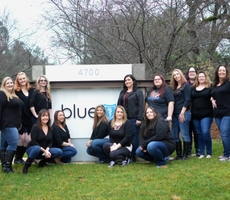 Members of the customer experience social media team in Redding.

The result: Year to date through Aug. 16 Blue Shield handled 3.1 million calls from members and 80% of the calls were handled in 30 seconds or less. The average response time is just 43 seconds – 240 seconds faster than they were in 2014.

More and more calls are solving our members’ issues in real time. First call resolution scores are at 63% this year, up from 53% in 2014 – numbers monitored by the national Blue Cross Blue Shield Association.

Improvements were also made to online and mobile platforms. Some were big. Digital ID cards were introduced. Mobile payment was added to the Blue Shield of California app. A feature that helped members find physicians became more intuitive. Digital satisfaction has doubled since 2016 and Blue Shield has the top-rated app in the Apple App Store among big insurers in California.

The effort is paying off. From January 2018 through the end of last week 75% of members rated their customer service experience a 9 or higher on a scale of 10. Retention rates for members who bought their plans on the Affordable Care Act exchange is 94% this year; people who bought plans off exchanges, the retention rate is 97%.

In addition to improvements in member satisfaction, agent satisfaction has risen to 83.5% this year, up from 74% last year and 69% in 2014.

Why is Blue Shield Focusing on Customer Experience?

First and foremost, Blue Shield wants to be a trusted advisor to its members. People trust the plan, and it’s one reason Blue Shield has seen rapid growth as healthcare has become more accessible.

Blue Shield was an early entrant into the Affordable Care Act (ACA) and Covered California marketplaces. The plan joined in 2014 – two years before its biggest competitor. The Blue Shield plans were among the most popular because, unlike some competitors, Blue Shield offered a wide variety of plans including some with out-of-network coverage. Blue Shield of California’s member roll nearly doubled, increasing by nearly 1.1 million in the first two years under the ACA and has increased since to today’s 4.1 million members.

This year, Blue Shield severed a contract with an external vendor which was brought on to help Blue Shield deal with the dramatic increase in plan members who signed on as part of ACA. Blue Shield has filed a lawsuit against the vendor for poor performance.

With the vendor transition nearly finished. Results are improving. Complaints about enrollment and billing have dropped 28% in the last 60 days. The Blue Shield customer experience team says it won’t stop working until every last member complaint is resolved. When members complain, Blue Shield doesn’t just aim to fix the source of the complaint, it aims to improve the process.

“We take their concerns seriously,” Schulz said, “and we use that information to make things right and improve our service.”