'young women today won’t necessarily know when they are being discriminated against, so they can’t speak up for themselves'
News Center News News Stories
By  Jessica Shih
August 28, 2018 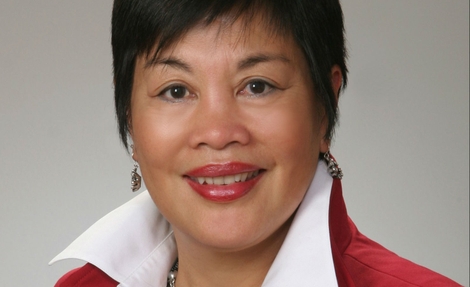 Remember “Career Day” at school when they had that booth for future board of directors?

Yeah, me neither. It’s because it doesn’t exist.

A corporate board of director seat is one of those super exclusive roles for which you need to be invited by another equally exclusive nominating committee to join. This is more exclusive than Club 33 at Disneyland or Core Club in Manhattan (you can Google it, but you won’t get invited).

Board roles are rare and they wield a lot of power in regards to a company’s corporate governance, financial accountability, and how a company operates. Unless you inherited a large ownership stake in a company where a board seat comes with your shares, board members typically have an incredibly impressive career of accomplishments and an even more impressive network of advocates to gain that seat. Only 20 percent of U.S. board directors are female, so if you come across one, you are basically in the presence of a unicorn.

At Blue Shield of California, we bucked the trend: 40 percent of our board is comprised of women. Evelyn Dilsaver is one of our distinguished board members who has oversight on our compensation policies. She started her career as an accountant at Ernst and Young before rising to become senior vice president and controller at First Nationwide Bank, then CEO of Charles Schwab Investment Management.

Today, Evelyn lends her expertise as an independent board member for many companies and organizations, and we had an opportunity to ask her everything from how she rose in corporate America, the rise and dangers of covert discrimination, shared family responsibilities, finds zen in knitting and jewelry making to raising financially responsible children. Like I said, UNICORN.

What’s different and what’s the same about the challenges facing women in corporate America today?

We face the same challenges. We, as women, still and will always be the ones who carry babies and therefore, many of us are torn between being there for the children and advancing our careers. What is different is that more men are feeling the same way, so the responsibility for raising the family seems to be more evenly shared today. It really depends on the company and industry whether raising a family is acceptable or not. 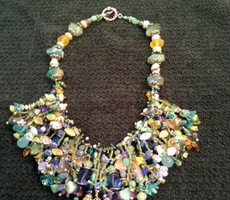 What is also different is that in the past, discrimination against women or those of a different ethnic background were more obvious and blatant. I worry with many of the heightened sensitivities, that discrimination has gone underground for women. Our young women today won’t necessarily know when they are being discriminated against, so they can’t speak up for themselves.

What advice would you give today’s working women?

Each of us define success differently. For me, I wanted to be in a position where I could make decisions, rather than having them made for me. If that is what you want, then put yourself into roles that broaden your leadership skills and allow you to take risks to both fail and succeed. Understand your values and what you hold dear, and then build, build, build your relationships.

Indra Nooyi recently resigned as CEO of PepsiCo citing she was “tired” and her “family needed her.” When she was asked the question that only successful women are asked about work-life balance and having it all, she was famous for her honesty when she said, “I don’t think women can have it all” and that we need to learn to “cope” or we’ll “die with guilt.” What were some personal sacrifices you’ve had to make to advance your career? Knowing what you know now, would you do anything differently and what would that be?

I would have to amend Indra’s quote a bit. I would say that “women can have it all - just not all at the same time.” Giving up the guilt is a big one and where I agree with Indra. Giving up control is another one. You can’t expect to control every aspect of home life and work life at the same time. So, hiring someone to clean the house or letting your kids choose what they will wear are control issues that you give up. As for personal sacrifice for my career, during my tenure at Schwab, we did an acquisition in New York. I led the integration team, and then was asked to be chief financial officer of the New York company. It meant traveling to New York every week for three years with three boys at home. My youngest was 10 years old at the time. My husband’s company was sold, and we decided that he would stay at home while I commuted to New York. After three years, I came back to Charles Schwab in California to lead the Product Development group for the mutual fund business, and then became president and CEO of Charles Schwab Investment Management a year later. I would not change anything because my failures and successes groomed my judgement and leadership skills that allow me to serve on the for-profit and non-profit boards today. 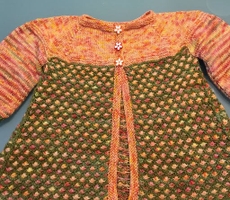 There’s a new bill, SB 826, up for vote in the California State Assembly mandating California companies to have, at least, one woman on their board. What would you say to the naysayers?

The European community has mandated 40 percent of boards be comprised of women. As Americans, we normally don’t like to have mandates. And one woman on the board isn’t really enough to change the discussion in the room. I think the institutional organizations like Blackrock, CalPers, CalStrs and State Street, to name a few, along with Women Corporate Directors, 20/20, Catalyst, and 30 percent have helped put more women on boards through investor/shareholder pressure (withholding votes for Nominating and Governance members) and showcasing those companies who don’t have women on their boards. Progress is slow, but has ramped up in the last few years, so it is starting to move.

The bill is aimed only at public companies, which is a dying breed. There are less public companies than five years ago and the trend is going down. The lack of women on private boards -- whether private equity or venture backed -- is even more dire. We need to make sure the pipeline of qualified board candidates is full and then create the demand on the corporate side. Why we have to convince boards that 50 percent of the population should be included in the decision making of the company is a mystery to me.

Are there any shows you would binge watch and why? 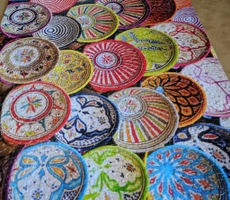 Do you have any hobbies or activities you do for your personal wellness?

When my youngest was playing baseball, I took up knitting. After retiring from the day to day corporate life, I ramped up my skill in that area and then took up jewelry making.  That brings the more creative side out. I also enjoy traveling, walking and working out (with) weights and Pilates for toning.

How did you earn the recognition and endorsement of your career champions?

I had many mentors who took risks by giving me new roles and opportunities that rounded out my skill set beyond the technical skills of finance. I earned the recognition by doing a great job, developing relationships, being honest and trustworthy, and most importantly, focusing on doing what was best for the company.

What’s something few people know about you?

Numerous studies show that in addition to earning less than men, women also save less than men. As a female leader who’s spent the majority of your career in banking and finance, could you recommend an app for women to manage their finances and share why you like it? 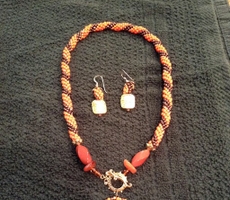 I don’t have a favorite app. I actually believe if you have children, you need to start them at the young age of 6 learning the value of money, how to save and how to spend.  It is a lifelong process. So, when my boys were 6, they received a weekly allowance of half their age. It would move up every two years, so they didn’t get the 50 cents in the odd years. When we went to the store and they wanted to buy the checkout counter toys for $1, they had to spend their own money. And of course, that toy broke within 10 feet of leaving the store, so they learned the value of money.  For the bigger items, I would keep a list in my wallet of their wishes, show it to them so they saw it was written down, and those items would be Christmas or Birthday gifts. It really helped to stop the “I want…” that accompanied every shopping trip.

By the time they were in high school, I increased their allowance to enable them to buy lunch at school every day. They had a choice to buy lunch or make their own lunch and save their allowance for movies and outings with friends on the weekends. They chose to make their own lunches.  Finally, by the time they were in college, they were able to make good decisions about saving, budgeting for things they wanted versus needed, and most importantly, paying those credit cards off every month so they did not have debt. They still hold true to those values today with their own families. To me, teaching them how to manage their money, save and invest is one of the greatest gifts I could give them, and better than any app.

So there you have it. Control is overrated. Work on coping or self-forgiveness. If you don’t like being told what to do, then learn to lead. When it comes to financial management, making good choices is better than an app. Next time you face a 5,000 piece jigsaw puzzle, channel Evelyn Dilsaver and tell that puzzle to, “bring it!,” because you’ve got this.

Wisdom From The Top | Q&A with Cecilia Sun

Wisdom From The Top | Q&A with Hope Scott

Wisdom From The Top | Q&A with Kimberley Goode