Gaining Ground in the Battle Against Opioid Addiction

In October 2017, U.S. Health and Human Services declared a national public health emergency on the opioid crisis that’s become a deadly epidemic. According to the Centers for Disease Control, on average, 115 Americans die every day from an opioid overdose. 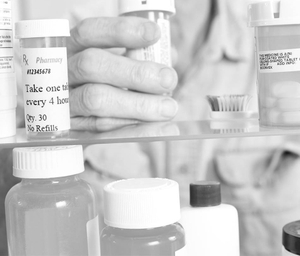 But well before this declaration, in 2014, Blue Shield of California leadership began addressing the epidemic with an initiative designed to reduce opioid use among its members. It was one of the first of its kind. When Salina Wong, PharmD, Blue Shield’s director of clinical pharmacy programs was initially presented with the idea of the initiative, she thought the opioid problem would be too big to tackle.

“Trying to fight the opioid epidemic felt like an impossible task. The odds were stacked against us, with high demand met by a broad acceptance of prescription opioids,” Wong said.

But once leadership approached her about leading the initiative, she accepted the challenge as part of the mission of the nonprofit health plan.

“At the time, health plans were not viewed as having a major role in mitigating the crisis, leaving it mostly up to healthcare providers to address the problem,” she said. “We felt strongly that we had a part in fighting the epidemic and could make an impact as a health plan, working with our network physicians and others.”

A year later, the Narcotic Safety Initiative (NSI) was launched, and within two years, the impossible seemed more attainable.

The overall consumption of opioids among Blue Shield of California members with non-cancer pain has fallen by 42 percent since the nonprofit health plan launched its effort in 2015. Blue Shield’s initiative is on track to meet its goal of reducing inappropriate prescribing and overuse of opioid medications among its health-plan participants by 50 percent by the end of 2018.

Getting these reductions took a multi-faceted, enterprise-wide approach due to the complex nature of the crisis. Various interventions have been launched to make an impact, beginning with ensuring new opioid prescriptions follow CDC recommendations and avoid progressing to chronic use unnecessarily; educating healthcare providers about alternative chronic pain remedies and how to start and stop opioids when they are needed; and shoring up behavioral health and treatment resources for its members, just to name a few.

Blue Shield also participated in national, state and local task forces, and worked with the California Department of Justice to educate providers about the importance of registering and using California’s prescription drug monitoring program, the Controlled Substance Utilization Review and Evaluation System (CURES).

The NSI was designed to be a three-year initiative, but education and awareness around opioid overuse will continue beyond 2018.

Wong warns that since prescription opioids will continue to be used and should be prescribed to those with the most severe cases of acute and intractable pain, we must continue to be vigilant to prevent more patients from falling victim to the epidemic. According to Wong, while there are many non-drug options that are better than opioids for long-term pain management, more clinical studies are needed to validate their effectiveness and to guide physicians on these options, a resource that is scant at the moment. Also, more work is needed to help those patients who now rely on prescription opioids or who are addicted.

“To make a long-lasting difference, we have to retrain ourselves in how we address pain and addiction,” Wong said. “We will continue to tackle this important public health issue with our providers and other partners for our members.”

To learn more about our Narcotic Safety Initiative, please find our most recent blog post and news release on the subject matter.