News Center
By Clinton McGue
November 08, 2017
BY KIMBERLEY GOODE – Today is a notable day for Blue Shield of California where our senior executives were featured as thought leaders speaking in front of key opinion leaders, elected officials and policymakers both here in California and at our nation’s capital in Washington D.C. 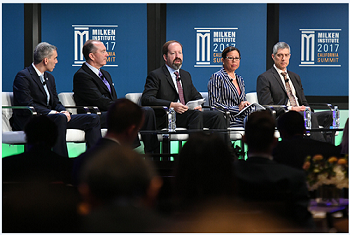 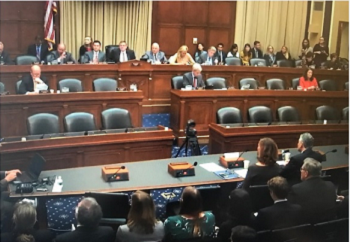 In Washington D.C., Jeff Bailet, M.D., executive vice president of Blue Shield’s Health Care Quality & Affordability testified before the Congressional House Energy & Commerce Subcommittee on Health at its hearing titled “MACRA and Alternative Payment Models: Developing Options for Value-based Care.” Dr. Bailet chairs PTAC (Physician-Focused Payment Model Technical Advisory Committee), which is tasked with finding innovative ways to pay physicians for the care they provide to Medicare beneficiaries. Dr. Bailet and the PTAC leadership were invited by the subcommittee to provide an update on their efforts. 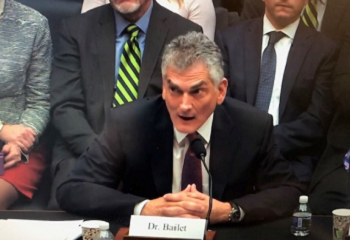 Also at the Milken Summit, Claudia Williams, CEO of Manifest MedEx, spoke on a separate panel that focused on California’s solutions to healthcare. She discussed the important role Blue Shield and Paul have played in the push towards comprehensive medical records, explaining the critical role of state-wide health information exchanges, and moving our health care system from pay-for-volume to pay-for-value

As a nonprofit health plan, Blue Shield of California and its leaders and nearly 7,000 employees are driven by our mission, which is helping to ensure all Californians have access to quality care that’s sustainably affordable.

How to Address Bullying - at School and at Work