How to Address Bullying - at School and at Work

Experts believe the act of bullying dates back to the earliest forms of civilization. Unfortunately, if you look at current times, you might be inclined to say that not a lot has changed! Bullies are still causing mental and physical pain on our playgrounds, in our workspaces, certainly on social media, and even in the highest levels of government.

Given the persistence of bullying, experts at Blue Shield of California believe it’s important to continue raising awareness and addressing this issue.

Bullying comes in many forms. It is defined by the American Psychological Association as a form of aggressive behavior in which someone intentionally and repeatedly causes another person injury or discomfort. It can take the form of physical contact, words, or more subtle actions.

It’s particularly problematic for youth. A 2021 report on the indicators of school crime and safety by the Department of Education finds 22% of students reported being bullied during the academic year. And, students who identify as lesbian, gay, bi or transgender (LGBT) are more than twice as likely to experience bullying than their non-LGBT peers. Beyond these numbers, the ripple effects on our youth and our families and schools is significant. 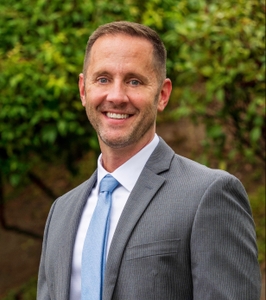 “Bullying victimization is something that needs to be taken just as seriously as any other public health issue that can significantly impact well-being,” says David Bond, director of Behavioral Health, Government Programs, at Blue Shield of California. “We know that good health is not possible without good mental health, which can be undermined when students feel unsafe through persistent harassment, physical and verbal assault, humiliation and intimidation.”

Bond says all students should be able to participate in school without fear of harassment, and while confronting bullying behavior and victimization is complicated, it does involve a basic solution: getting involved. He encourages parents and caregivers to check in with kids on a regular basis.

“Keep in mind that the stigma around being bullied can inhibit young people from asking for help or saying they’re going through something really hard,” says Bond. If you suspect bullying is happening, he suggests approaching kids with specific, but open-ended questions like ‘Who at school bothers you more than anyone else?’ or, ‘Is there anyone at school who you wish would leave you alone?’ Be open to hearing about students, as well as possibly adults, at school or online.

“If your child is being hassled at school, they may not feel comfortable saying the person’s name, but if you watch their face and body language you may see nonverbal cues such as silence and avoidance that may indicate an issue,” Bond says. Victims of bullying are also more likely to miss more school days and while truancy shouldn’t be overlooked, we may learn that students sometimes protect themselves by skipping class.

It’s also important to empower kids – and adults - to help those who are experiencing bullying, says Bond. “If we see something and say something in the moment, we can sometimes diffuse the harmful effects of bullying before they escalate. Bullying is chronic, but the more we seek to break the cycle, the better. We should also seek to help the perpetrator get the resolution they need. Bullies are commonly hurt individuals as well.” 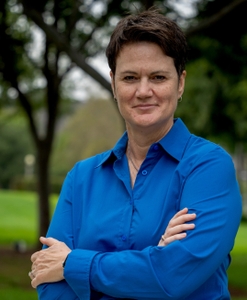 Young people aren’t the only ones on the defensive when it comes to bullies. Adults, too, fall victim to it, especially in the workplace. Thirty percent of employees in the United States have reported being bullied in their careers, according to a report by the Workplace Bullying Institute.

“Work is where there’s more pressure to just brush off bullying behavior versus taking it seriously for the health and business problem that it is,” says Dr. Nicole Stelter, director of Behavioral Health, Commercial Markets at Blue Shield of California, and an industrial/organizational psychologist. “It’s a major barrier to creating a psychologically healthy workplace and a strong mental health culture.”

The effects of bullying at work include lower productivity and higher absenteeism, as well as health impacts – such as depression and anxiety. Additionally, the impact to bystanders, witnesses and the business overall can be critical:  less creativity and productivity, high turnover, damage to company reputation, increased workers’ compensation, and disability risk.

“One reminder to anyone who is dealing with bullies: you are not in it alone,” says Dr. Stelter. “Whether you are the victim or a bystander, the most important step is taking it seriously and reaching out for help. With growing employer awareness comes more attention and effort to address bullying in direct ways through initiatives like training and explicit policies to prevent and intervene.”

When should you seek help? If you find that you’re having unusual trouble sleeping, changes to your appetite, or feeling anxious, overwhelmed, or sad and angry, then it’s time to consult a mental health professional or your employee assistance program (EAP) for confidential advice and support

In the News: Read About 988, the 3-Digit Suicide/Mental Health Hotline