In Their Final Days, Happy Pathik Brought Kindness and Understanding

The San Francisco-based hospice and palliative care chaplain doesn't find joy in his work, instead he has 'meaning' and 'satisfaction'
News Center News News Stories
By David Crook
February 12, 2019

There are not a lot of happy endings in Happy Pathik’s line of work. He deals in death. Slow deaths. Deaths that take weeks or months, when people and their loved ones know the end is coming and, ultimately, can do little more than wait for it to arrive.

“I can’t say I have joy in my work,” says Pathik. “I have meaning, though, and satisfaction.”

Pathik, 48, is a spiritual support counselor for Hospice by the Bay, one of the nation’s oldest hospice organizations. Born in India, Pathik came to the U.S. 12 years ago, after attending graduate schools in South Korea and the Philippines. He lives with his wife and daughter in suburban Marin County and works out of each of the organization’s three Bay Area office sites—Larkspur, San Francisco and Sonoma.

At the start of 2018, a state law required that health care plans provide team-based palliative care to Medi-Cal patients with cancer, heart failure, liver disease and chronic obstructive pulmonary disease, or COPD. Medicare, however, only allows for per visit coverage of physician and nurse practitioners.

But Blue Shield has embraced a comprehensive model for patients, ensuring that all patients living with any number of serious illnesses, including but not limited to the Medi-Cal covered diseases, have access to an interdisciplinary team of healthcare professionals trained in palliative care. In addition to a physician and nurse, Blue Shield requires that a chaplain and home health aide are on every home-based palliative care team. Blue Shield also expedites access to other services that people with serious illness may need, including pharmacy, supplies, durable medical equipment, and home health services, based on an individual patient’s needs.

Although most of Pathik’s work is with hospice patients, he also counsels palliative-care patients. The difference, he says, is mainly in the degree of care each type of patient receives. Palliative care patients are seriously ill but, for the most part, are undergoing aggressive treatments, such as chemotherapy for cancer. Hospice patients, on the other hand, usually have just six months to live. Their goal is to be comfortable and pain free.

Jason* was a hospice patient. He was used to having everything just his way—and browbeating his underlings when he didn’t. He was much the same way with  the hospice team. He had cancer. But he was going to tough it out. And for everyone attending to him, there’d be hell to pay along the way. 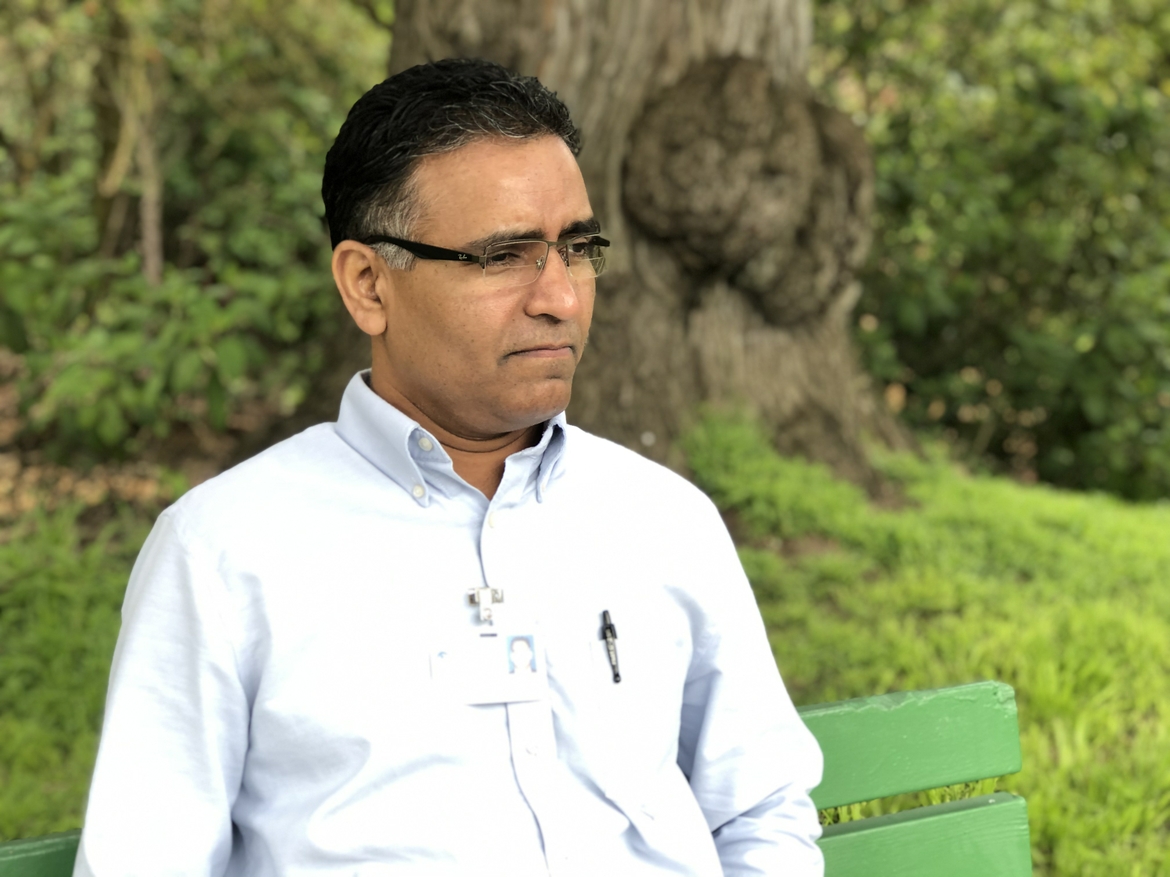 Not that Happy Pathik knew that much about Jason the day he first knocked on the man’s door.

Finally, a response: “What do you want?”

“Can I talk with you for five minutes?” Pathik asked, sticking his head through the cracked door. He introduced himself as the (hospice) spiritual counselor and thought that Jason might want to talk.

“I’m not religious, not spiritual at all,” Jason said, dismissively. “I’m an atheist.”

That didn’t matter, Pathik explained. Although he has three post-graduate degrees in theology and divinity, and is officially an Episcopal priest, Pathik isn’t so much a saver of souls as he is a professional listener and comforter. He makes people want to talk.

Jason was special. A big shot, master of the business world but now a lonely, dying man. No children. No immediate family. He had only a brother, but he lived far away and couldn’t see him often.

“He knew so many people,” Pathik recalls. “But no one would come to visit him.”

Jason was in hospice care for a year, and over the months Pathik and he developed an unusually personal relationship. Not a friendship exactly, but a closeness nonetheless. “I connected with him,” Pathik said. “He wanted to connect with another human being. He was sad. He was lonely deep inside. He was looking for someone he could talk to.”

As the months wore on, Jason’s condition worsened. Pathik was unaware of his further deterioration of health. Jason was declining quickly, more confused, less energy. His brother, Thom, came to sit with him.

It had been about three weeks since Pathik’s last visit. He dropped byand sat down with Thom. Jason was unresponsive. Ten minutes later, he died.

There’s nothing harder than watching a young child die. Pathik had one such episode recently that struck him especially hard.

A couple from Bangladesh brought their 6-year-old daughter to the U.S. for treatment of a rare kidney condition. There was little hope for the girl.

Problems were exacerbated by the parents’ inability to speak English. They spoke Bengali and a bit of Hindi. Enter Pathik, a native Hindi speaker. The culture shock of life in the U.S. was hard on the husband and wife, and they were overwhelmed by the complexity of the American healthcare system. Soon, Pathik had become the principal link to the doctors and nurses attending to the girl. He was the family’s ears and voice. “We feel you are one of us,” they told him. “We can tell you anything.”

They knew (she) was dying. She did, too, asking her mother some difficult, heart-wrenching questions: “Why am I suffering? Why is God not healing me? When does the suffering go away?” Her mother was also struggling with same questions.

The mother was beside herself with grief. She was feeling guilty, Pathik said, for having insisted on aggressive medical intervention for (the girl) but there was no improvement.

“There was so much emotional pain,” he recalled, “so much sadness in the parents. A lot of crying. A lot.”

When the girl finally died, her parents broke with Hindu tradition, which usually calls for children to be buried. Instead, the parents chose to have her body cremated in the U.S. and then flown back home, where they spread her ashes in a sacred river.

Sometimes, all it takes is a simple question to uncover a family member’s deeply buried grief.

Take the case of Ben, a big man—a real macho man, a brawny, blue-collar guy, over six feet and 225 pounds. His mother was dying from a heart condition. Ben and his wife and sister regularly visited.  He appeared intimidating to the care providers. They were intimidated by his great size, to be sure, but he was also gruff and often unpleasant with the care providers and others.

“Everyone thought this guy was mean,” Pathik recalled. But something told Pathik that wasn’t the case.

One day on a visit, Pathik ran into Ben and his family. As usual, Ben sat off by himself, uncommunicative and even a bit sullen. Pathik approached him and, after exchanging a few opening niceties, he asked Ben: “How are you dealing with your mom’s declining health? How are you doing?”

It was, Pathik said, as if a great weight had been lifted from Ben’s shoulders. Someone actually wanted to know how he was taking his mother’s impending death, someone wanted to know about him. Soon, Pathik said, Ben was pouring out his feelings. The big man started crying.

“It’s going to be really hard for me to lose her,” Ben told Pathik. We were going on road trips together, we went fishing, I enjoyed my mother’s company. “My mom was my buddy.”

“I guess people feel comfortable talking with me,” recalls Pathik today. “Sometimes the family doesn’t understand how people feel—even within the family. They know I’m not going to judge them, that I’m just going to be there for them.”

*All of the names and some identifying details have been changed to preserve the privacy of the patients and their families.